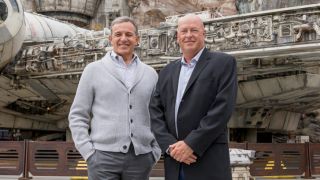 BURBANK, Calif.—This week’s news that Bob Chapek has been named Chief Executive Officer of The Walt Disney Company following former CEO Robert Iger’s decision to step down after 15 years took many by surprise, but did nothing to disrupt the confidence analysts have placed in the entertainment juggernaut.

“I was surprised by the timing of it, but I wasn’t shocked,” said Steve Nason, research director at Parks Associates. “The average CEO lifespan is five to seven years, so he was in that position for a relatively long time.”

With the company reporting “large, aggressive numbers” during its latest earnings call driven largely by Disney+, Hulu and ESPN+ subscriptions, Iger had the opportunity to step down as CEO on a high note, he said.

“Obviously, they were able to tout these really large numbers due to the bundle of those three services, and also because of the relatively low price of Disney+ compared to competitors and its library of content. So he was really able to go out with a feather in his cap,” said Nason.

Morningstar is maintaining its fair value estimate of $141 per share on Disney despite the leadership move. However, the timing of the change was a surprise for the statistical rating service.

In a note to investors, Morningstar CFA Neil Macker said competition for the CEO spot between Chapek and Kevin Mayer, head of the direct-to-consumer and international segment, was expected to last at least till the end of the year.

“Despite the timing surprise, we believe that Chapek will continue to run the Iger playbook at least over the near term as Iger focuses on the creative direction of Disney,” he wrote.

Parks’ Nason agrees. “On the entertainment services side of it, I think they will continue to be in an acquisition mode, and I am sure he [Chapek] will be involved with that in terms of the strategic direction of acquiring different content pieces to bring under the Disney umbrella,” he said.

Chapek, who most recently was chairman of Disney Parks, Experiences and Products, will oversee each of the company’s business segments and corporate functions and report directly to Iger and the company’s board of directors, according to Disney.

Speaking with Jenny Priestley of sister publication TVBEurope, Alice Enders, head of research at Enders Analysis, said she too was surprised and “a bit gobsmacked by his departure after no warning at all.”

Despite the change, Disney’s future looks bright, she said. “The company has a trio of assets derived from its IP to exploit [Lucasfilm, Pixar and Marvel (updated)], a brand new story to tell shareholders in Disney+, and its acquisitions have stuffed the company with loads of talent,” she is quoted as saying.

Iger, whose contract with the company runs through Dec. 31, 2021, will direct Disney’s creative endeavors and lead the board of directors as executive chairman.

In a statement announcing his departure as CEO, Iger attributed the timing of his decision to “the successful launch of Disney’s direct-to-consumer businesses” and the fact that the integration of Twenty-First Century Fox is “well underway,” making now “the optimal time to transition to a new CEO.”

Iger has set a high bar for Chapek, or anyone else, to shoot for, said Nason.

“During his career, he’s had enormous accomplishments,” he said. “On the entertainment services side [there’s] the acquisition of Pixar, LucasFilms, Marvel, Twentieth Century Fox—just incredible acquisitions—that have added to the breadth of content they are able to offer.”

“Then obviously they have launched ESPN+ in the last year or so. They took over full ownership of Hulu recently. Just massive, massive success stories. For him, it was the perfect time to step away and be involved in the board in some other way,” said Nason.