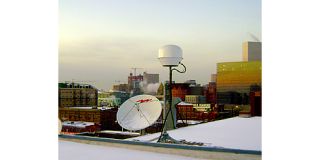 WASHINGTON –Fixed TV receive sites in the 7 and 13 GHZ bands must be registered in the Federal Communications Commission’s Universal Licensing System by April 1, 2013. The deadline was published today in the Federal Register, which announced the approval of data collection by the FCC to assess spectrum-sharing in these broadcast auxiliary service bands.

Fixed TV receive sites, or pickup sites, are used for transmitting live events and breaking news from the field to the studio, for studio-to-transmitter links and for station-to-station transmission. In August of 2011, the commission opened the 7 and 13 GHz BAS bands to make more spectrum available for wireless backhaul. TV pickup operations in the 6,875-7,125 MHz and 12,700-13,200 MHz bands will be required to register stationary receive sites in the ULS to coordinate sharing and prevent interference.

Even some updated licenses may have incorrect coordinates, he said, and cautioned stations to update their information accurately.

The 2011 R&O specifically was aimed at opening 650 MHz of spectrum in rural areas where it was not licensed for BAS or cable TV relay service operations. The action was said to open “most of the 7 and 13 GHz bands… over more than half of the nation’s land mass where 10 percent of the population lives.”

It reserved two, nationwide, 25 MHz channels in each band for events occurring outside of a licensed local BAS or CARS operation. The R&O also eliminated the “final link” prohibition against using a BAS site “as a the final radio frequency link in the chain of distribution of program material to broadcast stations,” and allowed adaptive modulation permitting temporary operations below minimum capacity. Finally, the R&O declined to permit the deployment of auxiliary links within the contour of primary service links.

A Further Notice of Proposed Rulemaking included in the 2011 R&O suggested allowing smaller antennas in the 6, 18 and 23 GHz bands; exempting licensees in non-congested areas from efficiency standards; allowing wider channels in the 6 and 11 GHZ bands; revising the waiver standards for microwave stations near the geostationary arc; and updating the payload capacity definition to account for IP radio systems. Docket No. 10-153 remains open.