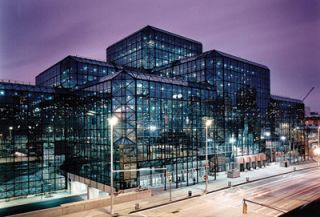 NEW YORK—While many come to prowl the aisles of the exhibition hall, David Bialik, chairman of Broadcast and Streaming Sessions for the 131st Audio Engineering Society Convention says this year's convention, which takes Oct. 20-23 at the Jacob K. Javits Center in New York, is not just a toy story. Bialik says hot buttons include broadcast, streaming and loudness. "These AES sessions are of direct and imminent concern to TV broadcasters."

Bialik says the sessions offer full discussions of techniques that include content inception, facility design, production, transmission and reception and have been organized to run serially without schedule conflicts.

David Bialik According to Bialik, because of its historic popularity, the Thursday kick-off session AT 9 a.m. will feature Facility Design–Renovation and Retrofitting, chaired by John Storyk of the Walters-Storyk Design Group and panel. "Whether you're upgrading, expanding or building from the ground up, making the most efficient use of the space is vital. Changing delivery and production protocols, media content organization, improved audio production rooms all drive the quest for the best use of space. The discussion will target specific techniques and examples of construction, acoustic and technology issues for TV station and video facilities."

Varying audio loudness in TV broadcasts has caused so much public annoyance that the Congress recently passed the CALM Act requiring broadcasters to exercise greater control in this area. Skip Pizzi's Television Loudness and Metadata session at 2 p.m. on Friday, will discuss why the practical implementation of DTV audio standards did not live up to original expectations, and how to fix that now. "This workshop will summarize the current situation and consider solutions across the industry," promises Pizzi. "The two possible approaches to loudness control will both be addressed—via audio processing [as used in radio], and via metadata. A newly formulated set of recommended practices should fix these issues, through the use of a standardized loudness measurement algorithm and consistent audio metadata techniques."

In addition to wildly varying audio levels, distracting lip sync issues continue to plague broadcasts. Moderator Jon Abrams, of Nutmeg Post, chairs the provocative Lip Sync Issues session. "From production to reception, there are many points where lip sync can either be properly corrected or made even worse," Abrams said. "This session's panel will discuss several key issues. Where do the latency issues exist? What correction techniques exist for controlled environments? Who is responsible for implementing the mechanisms that ensure lip sync is maintained when the signal reaches your television? Join us as our panel addresses these questions and possible solutions."

Modulation Sciences' Eric Small chairs the Audio Engineering Supporting People with Disabilities session. "We managed to snag the CE of the FCC mass media bureau, Alison Greenwald Neplokh," Small said. "She was deeply involved with writing the Twenty-First Century Communications and Video Accessibility Act (CVAA) into law and is now implementing it. Broadcasters should be there to learn, and provide input for pending rulemaking that they will have to deal with in the next few years. The hard part will be routing and switching audio around the studio. It has to be done rationally. The even harder part will fall on consumer electronics. Making consumer remote controls user friendly is actually where the bulk of this work is being done."

Other important sessions include: Considerations for Facility Design, a "nuts and bolts" discussion for translating a plan into the best creative work space; New Initiatives in Digital Audio Playback and Automation for Broadcasting will look at new enhanced and simplified user interfaces for controlling multiple audio streams from a single workstation; Media Files Management: Storage, Backup, and Retrieval of your Assets, a look at the growing importance of meta-data for search and retrieval is key to the discussion of capacity, bandwidth, and connectivity; Listener Fatigue and Retention, which will focus on research and experiences with listener fatigue and its impact on listener retention; Improving the Streaming Audience Experience, a hard look at how to become or remain competitive with streaming media; Streaming with HTML5 will examine new standards for media and players and the language for structuring and presenting content for the Internet; Twenty First Century Backhaul & Remotes will look at new (and old) ways of moving audio for Internet content, news conferences, sporting events and other location productions, over video microwave subcarriers, copper, ISDN and wireless T3; Streaming & Encoding will discuss new results for the search for tighter standards for streaming and encoding with multiple platforms in mind; and Working with Content Delivery Networks, a look at distribution, encoding methodologies and bandwidth management, licensing, error-correction, quality vs. compression, consumer-adoption and the future of scalable and reliable digital distribution.

AES will look back with a retrospective of the 60-year career of Leopold Stokowski, a remarkable timeline that illustrates the evolution of analog recording from its origins in 1917 through its high point in 1977. Noah Simon, a Brooklyn-based engineer/producer/arranger and long-time AES member, will present a tribute to the late Walter Sear, whose world-famous Sear Sound recording studio has continued to thrive as a champion of analog fidelity.

Aficionados of radio theater will appreciate the Sound Effects of the Witches of Lublin panel discussion of recording live effects, recording a large cast all together, post editing and recording live music as is and in surround. And for dessert, David Bialik's A Half Century of FM Stereo takes a misty look back at FM Stereo's 50 years of broadcasting in the United States from the PC Richards Theater. Rabbit ears are optional.