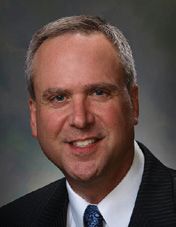 Tom Butts
Editor-in-Chief
tbutts@nbmedia.comIn researching my comments for this column, I went back and re-read my first editorial covering the Olympics, in 2002. Back then, “file-based workflows,” and “tapeless production” were just PR terms and HD was still in its infancy.

Fast forward to 2012 and when it comes to television’s biggest event, HD is now a given, production capabilities have expanded exponentially with the adoption of solid-state recording and fiber distribution, and concerns over accessibility and copyright have abated enough that online streaming is now becoming more acceptable.

In fact, this could be the first Olympics in which the second screen could, for the first time, effectively compete for the majority of eyeballs, at least in the U.S., with NBC’s launch of “NBC Olympics Live Extra.” The free app, available for smartphones and tablets, will allow viewers to watch every event of the Olympics live (more the 3,500 hours), with full event replays, alternate camera views and DVR capabilities (along with pre-Games video on demand, previewing the London Games and reviewing Beijing 2008). The usual caveats come into play—access to some live streams and full event replays may be determined by a subscriber’s cable, satellite or telco TV subscription— and viewers may have issues with video quality during high-profile events, a sobering reality of today’s broadband environment. While such an online service was most likely possible as recently as two years ago with the Winter Games in Vancouver, one major element was missing then—the iPad.

And don’t forget social media. As recently as two years ago, social media was still considered an afterthought when it came to allying with major media companies, but this year, NBC is recognizing the power and influence that goes with having an audience of nearly 900 million, teaming up with Facebook to produce exclusive social media segments, news, polls and images to engage Olympics fans. The collaboration will mark the launch of “Talk Meter,” a new Facebook tool that will inform viewers about stories, results, athletes and events that other Olympic fans are talking about on Facebook.

The social media angle plays up an important fact about the Olympics, something forgotten in this age of on-demand, time-shifted media consumption—like any sporting event, the Olympics is at its best, an experience shared with the rest of the world in real time.

Nevertheless, it’s in the opinion of this editor that, when all is said and done, the Olympics is a television event, first and foremost, in glorious high definition. And that’s where I’ll be for the next fortnight.