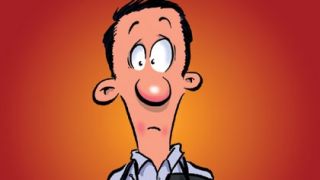 I still did not understand the issue until I had finished reading the first two paragraphs of the story. The issue is not room as much as it is addresses for everything connected to the Internet. Every Internet-capable device needs an IP address, currently based on a standard called IPv4 (Internet Protocol, version four).

While Europe is between one and two years ahead of the USA in cell phone technology, without more IP addresses, there's soon going to be a lot of busy signals for cell phone users. According to the EC, North American organizations have already gobbled up 74 percent of IPv4 addresses. As an example, the Massachusetts Institute of Technology and Stanford University each have more IP address than all of mainland China. We've got to have more addresses, says the EC. Okay, so what's the problem?

It turns out that IPv4 supports about four billion IP addresses. While that sounds like a lot, we are soon going to run out. Nokia claims there will be 1 billion cell phones alone in use by the end of this year. Many of those will require an IP address. Add to this the billions of computer users and millions of professional devices; then there are the new and soon-to-be-released products that are going to need IP addresses — microwave ovens, refrigerators, cars and their separate electronics, even home blood pressure monitors — and you can see how the four billion addresses are more than used up.

Before you think this is all about political turf wars between Europe and the rest of the world, it is not. It is all about building the needed underlying infrastructure to support the new devices that are coming online. That includes professional gear like you use today. Sony has already announced that, soon, every professional product it makes will have an IP address.

So, with this entire introduction, what does the adoption of IPv6 have to do with professional applications? I have already mentioned that at least one company is going to build IP addresses into its equipment. The others will too. As Clyde Smith, vice president of engineering services for Turner Entertainment said in a recent article in Broadcast Engineering, “Why wouldn't you build IP capability into your broadcast system?”

So, as we broadcasters and production engineers think of designing new facilities, keep in mind that you will soon have to deal with a lot of new IP addresses. But that is okay. Because it means when you want to reach a particular listener or viewer, you will be able to do that, right down to their PDA, laptop computer, cell phone, MP3 player or whatever media player they may choose to enjoy your programming.