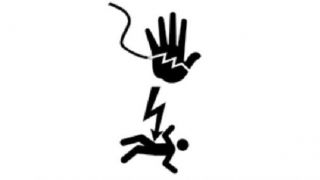 All Broadcast Engineers should be thoroughly trained in CPR and here’s another reason why.

Recently, the Kansas City Star reported a Shawnee, KS, teenager was fatally shocked while working on an unplugged computer. According to police, he was parting out the machine and was working inside the power supply when electrocuted. When I heard this recent news story, I couldn’t remember hearing of anyone ever being killed by a garden variety power supply capacitor.

I did some research and discovered facts about electrical injury and death every broadcast engineer and engineering manager needs to know. First is to take every electrical shock seriously and seek medical assistance even if the victim appears and feels unharmed. The effects of electricity on a body are quite unpredictable. It is possible for a person to walk away from a sharp electrical jolt and suddenly die from a heart attack a few minutes to hours later.

The most common electrocution scenario is instant defibrillation and collapse, which is what apparently killed the Kansas teenager. The heart fibrillates, the body depletes blood oxygen, and the victim collapses and falls unconscious in less than 15 seconds. As few as 5 seconds after the shock event, anyone discovering the scene would think the victim is having a heart attack. First aid treatment for either heart attack or electrocution is the same, so determining the difference is irrelevant. The time until death can be shorter than your average TV commercial break.

How should you react if you witness or find someone electrocuted? The victim is helpless and will soon die without your intervention. Do not rush in. Rule #1 is to be sure the situation is safe for you to step into or you will be the next victim.

Generally, shock victims are found in two states, either lying unconscious or “froze on the circuit.” If the victim is froze on the circuit, assure your own safety first, then shut off the power source. If that isn’t immediately possible, find a non-metallic insulator to pry or hit the victim away from the power source. An insulated bus bar would be perfect, but a dry 2x4 or chunk of PVC will do. A looped belt or extension cord might be useful. Think and act fast. A victim frozen on a live wire is holding it with all their strength. This is no time to be gentle.

If the victim is not breathing, with or without a pulse, call 911 and immediately begin artificial respiration or CPR and continue doing so until emergency responders are ready to take control. It’s all you can do and what you must do. You have 3 minutes or less to save a life, and you will probably be on your own during that precious time.

A person who has stopped breathing may not be dead but soon will be without help. Depending on current and the person, some electrical shocks paralyze the diaphragm and lungs before affecting the heart. The heart may continue beating for a while after breathing has stopped. In this scenario, the blood will contain sufficient oxygen to keep body cells from dying for about 3 minutes. If artificial respiration or CPR begins during that time, there’s a chance it will save a life. Inaction guarantees death.

A shock victim’s heart will be either beating, stopped or fibrillating. As shown in Figure 1, current from approximately 50mA to 200mA will cause the heart to fibrillate. Fibrillation is the uncoordinated twitching of the walls of the heart's ventricles. CPR or artificial respiration won’t restart a fibrillating heart but can restore a partial flow of oxygenated blood to the brain and heart.

Only a defibrillator or good luck can restart a heart. It only takes about 50mA to shut down the heart, and only a controlled shock from a defibrillator can restart it. Current above 200 mA will cause the heart to forcibly clamp during the shock like a tight fist. Clamping keeps it from going into ventricular fibrillation, which actually increases chances for survival. Current abouve 200 mA also causes burns.

An electrical shock insufficient to cause immediate interruption of the heart may be powerful enough to bring on heart irregularities or a heart attack up to several hours later. The victim should closely monitor their own condition after the incident, ideally under supervision.

Shock is an occupational hazard associated with working with electricity. In broadcasting and production, radio and TV, field and broadcast studios, electricity and its inherent dangers are virtually everywhere. For this and many other reasons, all broadcast engineers should be thoroughly trained and regularly retrained in CPR.

According to the official OSHA website, approximately 350 electrical-related fatalities occur each year. The website offers advice on limiting access to electrical hazards. OSHA says to “Use barricades to prevent or limit access to work areas with un-insulated energized conductors or circuit parts. Use safety signs, safety symbols, or accident prevention tags to warn others about electrical hazards which may endanger them. If signs and barricades do not provide sufficient warning and protection from electrical hazards, an attendant shall be stationed to warn and protect employees.” To not do so is not only a violation of OSHA regulations, but can put you or your company in serious legal jeopardy. Of course, in the heat of live broadcasting, that sometimes might be difficult under certain circumstances. But it could make the difference between life and death. Remember, the prime objective of all live broadcasting is to not be the news.

Not only can a victim suffer the obvious injuries associated with shock, but there is also an unexplained class of electrical injuries that occur to a small random number of electrical shock victims worldwide. The symptoms can be physical or neuropsychological and include a variety of ailments including broad pain and fatigue, depression, memory loss and personality changes, among many others. This is because once electricity enters the body, no one really knows where it goes.

Post-electric shock syndrome is perhaps becoming better known as diffuse electrical injury (DEI). DEI is not tied to the voltage, current or duration, and physical injuries and pains are not limited the theoretical current pathway. Apparently, the longer the duration of the shock event, the more complex the combination of symptoms and their distance from the current path becomes. DEI is virtually impossible to scientifically diagnose, yet nearly all who are affected by it seem to suffer similar symptoms.

More than a few lawyers and professional expert witnesses specialize in electrical shock liability cases. A Google search for “electrical injury lawyer” yields about 2,100,000 links to people I’d just as soon not have to meet in a courtroom unless they were on my side. The unfortunate fact is that many of their cases involve people who were shocked and fibrillated, where CPR was immediately administered, an ambulance was called and arrived within 5 to 10 minutes, and the person still died.

The best way to avoid dealing with electrical shock lawyers and expert witnesses it to ensure everyone you work with is fully aware of the dangers of electricity and is constantly on the lookout for electrical hazards. In a word, be proactive. As the deceased young man from Kansas tragically demonstrated, unplugged doesn’t automatically mean safe. In this age of digital transitions, changing workflows and tighter deadlines, we engineers sometimes need to step back and recognize the dangers and risk of death from the electricity we trust to help us to do our jobs and make broadcast television. Identifying and eliminating every potential electrical injury threat you find or can imagine is your permanent top priority.

The author would like to thank Michael S. Morse, Ph.D., Professor of Electrical Engineering at the University of San Diego for his assistance in the preparation of this tutorial. His website is at www.electricalinjury.com.