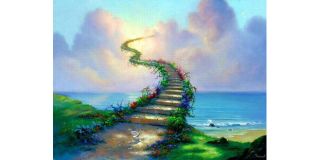 NUMBER$: From the very beginning of the fed’s efforts to redistribute spectrum, the case has been made with kind of math that only wizards and jinn are privy to.

Our friend the chairman of the Federal Communications Commission is one of the two, or maybe both. He provided an example of his wizardry at the Wharton School in Philadelphia this week he said the FCC was “on track to exceed” its target of freeing up 300 MHz for wireless broadband by 2015.

That benchmark was set in the National Broadband Plan two years ago, when nearly 70 percent of the 547 MHz already dedicated to wireless broadband was not being used, according to a commission white paper. But the 2015 benchmark did not take into account that 377 MHz of unused wireless spectrum because it did not support the commission’s arbitrary decision to reclaim TV Chs. 31-51 (572-698 MHz) – 40 percent of the remaining frequencies dedicated to broadcast TV. And at no point did the commission provide any information regarding the build-out status of that 377 MHz, much of it held by Verizon, AT&T, Dish, Comcast and other conglomerates.

The one guy at the commission who did press Verizon on its build-out status was shown the door two weeks later. That wasn’t the official line, of course. There was no official line. Rick Kaplan heads the FCC Wireless Bureau. He writes a letter asking Verizon what it’s done with the spectrum it won in the last TV frequency sale – the 2008 700 MHz auction. Rick Kaplan doesn’t head the Wireless Bureau.

Kaplan was pressing Verizon because Verizon was pressing the commission to OK it nuptials with Comcast, Time Warner Cable, et al, with their dowry of 122 Advanced Wireless Spectrum licenses in the 2 GHz band. With that AWS spectrum, Verizon would no longer need no stinkin’ 700 MHz TV spectrum because it’s lousy for cellphones without antennas the size of sombreros.

So Verizon says, hey, we’ll get rid of this 700 MHz spectrum to get regulatory approval to marry the cable companies. And so Mr. Kaplan says that those 700 MHz licenses include specific build-out requirements, and “what steps to date, if any, has Verizon Wireless taken to deploy mobile services using the Lower 700 MHz A or B block licenses—either or both? ...On what timetable has Verizon Wireless been planning to deploy mobile services in these Lower 700 MHz spectrum blocks?”

Kaplan sent the inquiry to Verizon in a letter dated May 15. On May 30, the FCC announced that Ruth Milkman was taking his job. This would seem at least to adhere to the chairman’s stated dedication to operate transparently.

Mr. Kaplan this week was hired by the National Association of Broadcasters to head up their spectrum policy strategy, to which there’s only one thing to say: Booyah, dude!

Getting back to numerical magic, our friend the chairman said the commission would pull off its “audacious” goal of securing 300 MHz by 2015 through a variety of means. A swath of 75 MHz already designated for AWS is up for auction plus another 70 MHz now designated for mobile satellite and wireless communications use, and maybe 35 MHz out of the Big LEO band (1,675 - 1,710 MHz). So that’s 180 of the 300. Fair enough. The rest, however, is to be found in the TV band.

Now we know the National Broadband Plan called for the wholesale clearing of Chs. 31-51 (572-698 MHz), which would have handily provided the remaining 120 MHz. But there won’t be a wholesale clearing of that band because Congress made broadcaster participation voluntary, and better yet, prohibited forced relocation from a UHF to a VHF channel. Dang.

Indeed, the good chairman acknowledged to the Wharton audience that, “While we can’t know yet exactly how many megahertz incentive auctions will free up, the opportunity is large, particularly given the highly desirable nature of this 600 MHz spectrum for mobile broadband.”

So here we have the unknown defined as “large,” compared to the FCC’s incentive auction Notice of Proposed Rulemaking, which repeatedly emphasizes that “we will not know in advance the amount of spectrum we can make available,” because no one knows how many broadcasters will participate. And despite Verizon trying to disabuse itself of TV spectrum, we have even lower frequencies defined as “highly desirable” for mobile broadband.

Neither of these applies to actual numbers, however, and the number in question is 120 MHz. So the chairman throws in white spaces – “at least several 6 MHz channels in most of major markets and more than 100 MHz in many parts of the country.”

The chairman’s final source of spectrum for hitting the 300 MHz mark rests on the recommendation of the President’s Council of Advisors on Science and Technology. The group recommended using database technology similar to what’s being used with TV white spaces to allow commercial broadband providers to dynamically share 100 MHz of spectrum now used by military radar systems.

That may or may not wash. House Republicans want to boot the military and sell off the spectrum. The National Telecommunications and Information Administration says that will cost taxpayers $18 billion and take 10 years. The military has yet to step in, and when the generals stepped into the ring with LightSquared, that debate ended then and there.

Still, the good chairman’s forecast of achieving 300 MHz by 2015 appears to be within reason, especially since it no longer rests on the original criteria in the National Broadband Plan. But the real issue has less to do with whether the commission will hit its goal, as it does with the undiscussed matter of what the commission has done, or not done, to quantifiably demonstrate the need to do so. The continued blind march toward redistributing spectrum to the highest bidders so Congress can pretend to pay for something is a finite strategy that impedes rather than promotes the precious innovation that so many reclamation proponents invoke. Spectrum redistribution will cost taxpayers uncalculated billions while providing no incentive whatsoever for device makers to build better receivers, and for and wireless carriers to develop the more spectrum-efficient transmission methodologies.