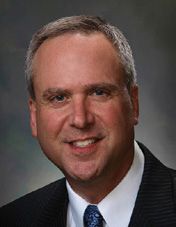 Will 2013 be the breakout year for mobile TV? Each of the past several years has been characterized as a “pivotal year” for the nascent technology, yet the starting gun did not fire until late last year, when the Dyle service launched with the introduction of Elgato’s EyeTV device.

Although the service “officially” debuted last August with the introduction of Samsung’s Galaxy S Lightray 4G smartphone— the first of its kind on the market with the ATSC-M/H chip and Dyle service through the Metro PCS service—it’s expected that the EyeTV will have a larger impact on the future success of mobile TV. Dyle is the branded, live Mobile TV service from Mobile Content Venture, a consortium of networks and groups representing around 300 TV stations, including NBC, Fox, ION and network-affiliated stations.

I had a chance to conduct some informal tests on the EyeTV in the Washington, D.C. area around the holidays. In Washington, there are five channels listed through the Dyle service: WTTG, the Fox affiliate, NBC’s WRC-TV, WUSA, the CBS affiliate, and public station WHUT-TV, along with Qubo, a multicast feed broadcast by WPXW, with six encrypted video feeds of MSNBC, CNBC, MTV, Nickelodeon, and Comedy Central.

Four broadcasters are transmitting mobile DTV signals in the Washington, D.C., area. I tested the device’s reception on my iPhone 4 in several areas around the city, first at the TV Technology office in Alexandria, Va., approximately 7-8 miles south of where the broadcast towers are located in northwest D.C. I was able to pick up WUSA and WTTG, although WUSA’s picture and audio frequently broke up. I got the same results further in, at the Pentagon, about three to four miles from the towers. I was finally able to receive a weak WRC signal on my final test, at 12th and C St., SW, a block or two from the FCC headquarters, while the WUSA and WTTG signals were quite strong. Earlier, I tested the device at my home in Reston, Va., approximately 15 miles west of the towers, and was able to pick up WTTG and a single Qubo feed. However, on my most recent tests, neither WHUT or Qubo were picked up. WHUT, which is not a member of the Dyle service, did not return my inquiries about the status of their mobile TV signal. In every test, WTTG’s signal was clearly the strongest and never wavered.

Reception issues aside, there’s also the issue of convenience and software stability. The software, available as a free app from the Apple Store, worked well in scanning for channels, however it didn’t switch to landscape mode, which is the angle that consumers will view the service. This made it awkward to view channel information. It also crashed frequently.

I also had to remove my iPhone case any time I wanted to attach the EyeTV. The case is a fairly common Candyshell from Speck. This was a bit of a surprise since Elgato has extensive experience in designing peripherals for smartphones.

In conclusion, I would have to give a lukewarm endorsement to the service so far. I’m not so sure how Joe Consumer will react. Reviews in the trade press and on Amazon have been mixed, most praising the free aspect of simulcast over-the-air TV, but also noting the inconvenience of having to carry around an extra peripheral.

The mobile TV market will become more crowded this month as “MyDTV”, a service from the Mobile500 group, which represents 437 stations, covering 93 percent of the nation, launches in Minneapolis-St. Paul and Seattle. The service will also use the Elgato EyeTV, which will be able to access both Dyle and MyDTV. The MyDTV app is now available in the Apple App Store and, like Dyle, free EyeTV devices will be given out in both cities as part of the launch. Unlike Dyle, the MyDTV app has DVR functionality, but also carries banner and interstitial ads.

The $64,000 question hanging over all of this is whether or not the service will remain free. Dyle advocates three business models: ad supported, subscription-based and an authentication model, which users would need to verify through their cable provider. According to John Lawson, executive director of Mobile500, “we plan to launch a free tier, which we think is a way to stimulate adoption,” adding that a free service will most likely always be available on MyDTV, but that “once a critical mass is reached, we will offer a subscription tier.”

How both services define “critical mass” to determine when and if to charge for the service could well be the key to mobile TV’s success among consumers. We’re still in the very early stages and other devices, including dedicated mobile TV tablets will hit the market soon. But in a digital world where broadcasters distinguish themselves as the last truly “free” TV service, deciding to charge for a technology that has yet to stand on its own could be the ultimate gamble. Timing is everything.