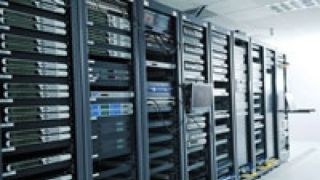 There are changes in the design and planning of a broadcast and production facility for IP- and file-based production and distribution technologies. Whether it is a new build or renovating an operating one, the new design considerations and changes are in both bricks and mortar (physical) and technology. And while the IP-based broadcast environment is IT-centric, the design and planning is different for the media-centric IP facilities in comparison to a conventional datacenter.

Of course, it's always better if you happen to be building a new facility. In an upgrade or renovation to an existing facility, there are usually restrictions and limitations based on legacy technologies, infrastructure, architecture and mechanical systems.

Prior to an integrated IP environment, many business operations that operated in silos with limited integration are now closely tied together. These include traffic, scheduling, library management, finance, legal and business intelligence.

In the transition to IP, all of these areas now tightly integrate, and where the IT department historically only supported business operations, they now play a significant role in the IP-based media world.

In planning the IP infrastructure, there is cross over and integration to business IT systems. The IP media infrastructure has different demands and is bandwidth-intensive. While business and media networks require integration, care must be taken to keep these systems separate with tightly managed integration points. When upgrading an existing facility, there are additional considerations to maintain connections to legacy systems and how to integrate IP-based technology and operations.

Let's look at the changes in the core systems. The evolution from analog to HD/SD-SDI did not require as significant a change in the technology infrastructure that the transition to IP demands. HD/SD-SDI technology (wideband) uses a similar topology for video, audio, communication and control as analog did. There are separate signal paths, each with their own requirements for routing, distribution and equalization.

IP has changed all that. Each of these different signal types is now IP-based. Media is in streams or file-based, communication is VoIP, control is IP, and integration to business systems in the enterprise is all IP. While these processes have become IP-based, HD/SD-SDI and AES are still a critical part of real-time production for switching and mixing. The design considerations for IP begin in planning content creation systems and will impact all technical areas as media moves through the infrastructure from acquisition to craft production, distribution and archive. (See Figure 2.)

The move to Ethernet switching topology changes the type, and in some cases quantities, of distribution and routing equipment. The cable traffic in the core equipment areas, as well as out to operations and production control spaces, is now mostly on Ethernet cable and fiber, resulting in lower density compared to using serial digital and analog baseband wiring. The interconnections from the core equipment area to technical operation areas are IP over Ethernet as well.

In addition to SDI technology, the core equipment room now houses the encoders and decoders, network switches, media servers, management servers, storage, and removable media transports (robots) that are used for archive. The IP workflow and technology systems are separate systems from the business network. This network must be high availability and with low latency to meet the demand of bandwidth-intensive media services. In the past, audio, video, control and communication had their own routers and distribution schemes; in IP, they use the same switches, cables and infrastructure. The IP protocols allow an Ethernet switch to be segregated into different segments for media transport, command and control, and communications. SANs use Fiber Channel and iSCSI between disk arrays and Ethernet for access to the production servers and workstations.

In designing for IP, it is important to understand the use of VLANs and when it is necessary to have discreet physical networks. While a VLAN is physically within the same Ethernet switch, the switch can be programmed to direct the traffic only to those devices enabled for that segment of the network. These segments can be controlled and managed individually or connected.

The planning of the IP- and file-based infrastructure needs to consider the bandwidth requirements between systems and devices. There could separate VLANs for media transport, asset management, command and control, intercom, test and measurement, production, and distribution. Some network segments should be either private or physically separate — for example, edit, graphics, KVM, router control and CCU.

Some of these processes and applications may need to use or access the business (enterprise) network — traffic, scheduling, media browsing and business intelligence, for example. The integration between the enterprise and media networks needs to be carefully planned and managed to avoid network congestion and manage bandwidth control.

SDI program content is encoded to IP, or IP is captured and transcoded. In this stage, the number of different files based on different bit rates will affect the load on a server and processor. In a typical IP environment, content is managed in three layers or bit rates. There is the high-resolution copy for archive and retention, the production bit rate, and a proxy copy for browsing and management.

On the distribution side, there can be a wide variety of bit rates, file types and formats to meet the delivery requirement of VOD, Web, tablets and smartphones. The decisions on bit rate will be used in determining the encoding and transcoding requirements and the amount of processor power needed.

Craft production uses workstations networked in a VLAN with server-based management and integration to the SAN. File-based editing and graphics are comprehensive software packages needing fewer outboard devices. Studio production encodes direct to storage and accesses files as packages for play to air. Program contribution and distribution are SDI and IP. In contribution, incoming IP streams are captured as files and transferred to the production network. Or, files are uploaded to the facility, where they are transferred to the production network. Where the contribution is SDI, it is encoded to IP and then moves through the infrastructure for craft, archive or distribution. On the distribution side, program playlists are assembled within a server and controlled with automated systems, and files are played out in multiple formats.

Metadata is a critical component. It's what enables the content to be identified, tracked, managed and moved through the infrastructure. A key process during content creation is naming the project and building the information set (metadata) that will stay with the file in its entire lifecycle. When program content enters the acquisition process, the metadata is what enables tracking, searching and associating more content that become elements of the program. This process is called asset management.

Command and control is another major part of the IP architecture. Most devices will use a browser interface or connected keyboard, video and mouse for control, configuration and management. Since it is impractical to have a keyboard, mouse and screen in a control room for each device that needs managing, a KVM matrix is used. By using extenders, any keyboard, pointing device and monitor placed throughout the facility can access and manage all the servers and systems in the facility. The designer needs to consider the number of screens with keyboards and pointing devices in addition to the dedicated surfaces when planning for control rooms and technical operation spaces.

While the core IP switch is the heart of an IP infrastructure, the storage network handles all the media. There are different storage arrays for ingest, production and distribution. In planning for storage, growth is an important consideration. Storage has three tiers: online, nearline and offline, which is also archive.

In the file-based world, asset management tools allow browsing and searching all content, even if moved to offline. With search and browsing tools, ready access to the actual media is not always necessary if a producer can see the material needed for a production, create an EDL or even create a quick storyboard with images and sound.

The planning and design of the media-centric IP production and broadcast facility requires an understanding of IP network topology, file transfer, servers and storage management. Moving an SDI facility to IP needs to include all technical and business operations, as well as technology groups as stakeholders.

Gary Olson is the managing director at GHO Group.