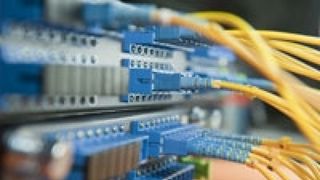 In a previous Broadcast Engineering article (“Understanding blocking capacitor effects,” August 2011), I mentioned that one of the first tasks in my broadcast engineer career was to work on optical-to-electrical (O2E) and electrical-to-optical (E2O) converters. I explained that I tried different SFPs with video pathological signals without any success at that time. Before joining this broadcast business, I used to work in the telecommunication world, where I learned the basic fundamentals of optical communication. With this article, I hope end users and designers will understand a little bit more the concept and theory behind fiber transport.

The quantity of information on fiber optics is huge. There are multiple books and websites dedicated to it, as well as multiple papers from IEEE research. The question for me was: What should I explain, and in how much detail? You will find the answers inside this series of articles, and the hope is that they will be specific enough to spark your interest for fiber. This first part will describe the physics and types of fibers. Then, the second part will describe the conversion between electrical signals and light at the source and destination, as well as the effect of the fiber on the optical signal.

Figure 1. This shows the typical components found in a point-to-point optical communication system.

Optical communication motivation began with the invention of the laser in the early 1960s. Since then, the technology has evolved at the speed of light. Optical technology has advanced so fast that it has become the information conduit of the world. The transmission of data, voice and media is distributed at the speed of light over a mesh of glass fibers that span thousands of kilometers throughout the world. In this article, I will explain the elements included in Figure 1, the physics of light, and the basics of the fiber optic medium.

Figure 2. This shows the light spectrum, which is electromagnetic radiation that is visible or invisible to the human eye. Without visible light, the human sense of sight is not possible

The general definition of light says it is electromagnetic radiation that is visible or invisible to the human eye, and is responsible for the sense of sight when visible. (See Figure 2.) Primary properties of light are: intensity, propagation direction, frequency or wavelength spectrum, and polarization. In a vacuum, the velocity of light is 299,792,458m/s and is one of the constants of nature. It is represented by “c” in the equation shown below. (This constant could change based on recent experimental results of Neutrinos, however, so stay tuned.)

Light is a wave that propagates through space. This space can be a vacuum, or air, or certain materials such as glass or plastic, both of which can be used for fiber production. Quickly, one question becomes: What is the speed of light inside the fiber? The speed of light inside the glass or plastic fiber can be obtained from the following equation:

This equation is almost identical to that for an electrical signal in a piece of coaxial cable, or a radio signal transmitted through a waveguide. In fact, fiber-optic cables are often called waveguides, and the glass or plastic is referred to as the dielectric. In our example, “s” is the speed of light in a material and “n” is the refractive index for that material. In silica glass, the refractive index is 1.45, so the light will travel at 225,407.863m/s.

Figure 3. By shining a light and reflecting it off mirrors on the ceiling and floor, it is possible to model how light travels in fiber.

Let's look at some other properties of light:

Optical fiber as a medium

Figure 4. The optical fiber is made up of two concentric, cylindrical strands of silica surrounded by a plastic coating.

Broadcast engineers are well familiar with coaxial cable as it has been around for years. Coax is still employed at many places and in different infrastructures. The semiconductors used to receive and transmit the SDI signals are always improving, and now businesses can reach distances of more than 180m. Even with these advancements, fiber is used for longer runs.

In the 1960s, Charles Kao pursued the idea of using clad glass fiber for an optical waveguide (making the light bounce on the fiber boundary, like the mirror example). Kao targeted losses of less than 20dB/km and reached his goal in the early 1970s. Today, single-mode fiber loss is 0.1db/km to 0.5db/km.

Figure 5. Light is confined within the optical fiber core through reflection.

The optical fiber is made up of two concentric, cylindrical strands of silica surrounded by a plastic coating. (See Figure 4.) The center-most silica strand is the fiber core with a refractive index of approximately 1.48. The core of the fiber physically transports most of the optical power. The core is surrounded by another strand of silica called cladding. The cladding has a slightly lower refractive index, 1.46, and acts like my mirrors. The goal of the cladding is to keep the energy inside the core by reflecting all of the light back into the core. But, because the cladding is glass, sometimes light will escape in specific conditions, and signal energy is lost.

The outermost layer of the optical fiber is the buffer coating. This thin, plastic covering protects the glass from mechanical and environmental damage. Finally, the buffer is covered by the jacket. You might observe two colors of external jackets, orange and yellow. Orange is used for multimode fiber and yellow for single-mode fiber (mono) mode.

Let's also consider, for now, the fiber is perfect. Attenuation and dispersion losses will be discussed later.

Like my mirror example, the light in the fiber should reflect on the boundary of the core and the cladding. From the previous equation, we learned the concept of the refractive indexes “n.” Because the core and cladding don't have the same refractive indices, it should be possible to keep all energy inside the core. This is called Total Internal Reflection. However, it is not possible under all conditions.

The relationship describing refraction at the interface between two different light-transmitting materials is known as Snell's law, and it is represented as:

Consider a ray of light passing between two media of different refractive indices n1 and n2, as Snell's equation shows. Reflection occurs when ncore > ncladding, and the incident ray of light makes an angle, Qc, such that it doesn't enter the adjacent medium but travels along the interface. At angles greater than Qc, it is reflected into medium A.

Light is confined within the core of the optical fiber through reflection. To understand reflection and how it's responsible for light confinement in an optical fiber, consider a ray of light incident on the fiber core. (See Figure 5.)

Light enters the fiber core and strikes the core/cladding interface at an angle Q. If this angle is greater than the critical angle (i.e. Q ≥ Qc where Qc = arcsin(n2/n1)), the ray will reflect back into the core, thus experiencing total internal reflection. This ray will continue to experience total internal reflection as it comes upon core/cladding interfaces while propagating down the fiber.

Figure 7. This shows a multimode fiber that is stepped-refractive-index-profile.

The name multimode fiber comes from the number of waves (light paths) guided in the core. The most popular size is 65µm, but for some systems, 50µm is a better choice.

Figure 8. This shows a multimode fiber that is graded-index-profile.

Both figures show an input pulse is made up of multiple modes/rays. Each of the three rays takes different paths propagating through the core of the multimode fiber stepped refractive index and graded index profile. As a result, the three light rays arrive at different times, which causes broadening of the input pulse. This is dispersion and can lead to inter-symbol interference.

Figure 9. A single-mode fiber (mono mode) only allows one ray/mode to propagate through the fiber. This is done by shrinking the fiber core to comparable dimensions of the transmitted wavelength.

My next article will describe the different sources, different types of receivers and various loss-generating effects such as attenuation, dispersion and return loss in the fiber optic cable itself.

Renaud Lavoie is president and CEO of Embrionix Design.