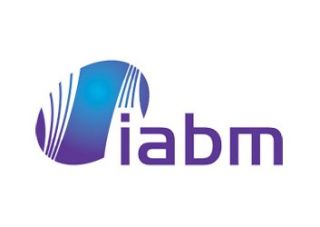 Manufactures and others that supply technology to the broadcast industry are feeling a bit “sanguine” when it comes to predicting sales growth for 2013. Indeed, confidence is low for broadcast tech sales growth, especially across North America

The latest (16th consecutive) Industry Trends Survey, commissioned by the InternationalAssociation of Broadcasting Manufacturers(IABM) in November, serves as a barometer of what its members see on the horizon (based on their respective companies’ past performance and their outlook for the first half of the new year). It indicates that equipment orders have fallen, while selling prices and material and labor costs have remained generally stable. Companies are, however, continuing to invest in research and development.

Peter White, Director General of the IABM, called the mood “much more sanguine than in the recent past. While confidence is growing in many segments and geographic areas, this is not true for all IABM members, many of whom are now feeling the impact of wider political and economic conditions and are adjusting their operations accordingly.”

In light of industry consolidation (Belden buys Miranda, Harris Broadcast to The Gores group), I’m told many members are not sure which market (foreign or domestic) or technology category to target. There’s a lot of internal scrambling, for sure.

The survey did find that broadcasters are beginning to hire more staff, which the IABM attributes to “tackling skill shortages.”

The trade group also said that while confidence ratios are rising in the Asia-Pacific region and are stable in Europe, the most significant and striking change occurred in North America, where confidence ratios dropped to levels equal to and then, for the year ahead, lower than the global average.

Order and project deferrals by customers are a primary operating constraint, the survey says, while fulfillment is limited both by credit and finance issues, and by limited manufacturing capacity.

In plain English, what this means is that broadcasters continue to hold back on major expenditures in a time of global political uncertainty and a slowly recovering domestic economy. I also think stations and cbale new channels have grown used to working with less over the past three years and are now enjoying profits management is not keen to give back to staff and new technology.