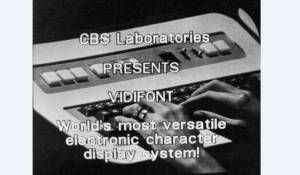 Did you happen to notice that four of the six news stories in this edition of Broadcast Engineering’s "Transition to Digital" newsletter are about facilities and organizations transitioning to digital? We don’t see many fresh press releases this time of year, and of those that were relevant, two-thirds were about facilities migrating to file-based systems and workflows.

The transition to digital goes by several names, including digital migration and digital transition. Some people think the digital transition started when the first DTV transmitter was ordered and ended when the last analog TV transmitter signed off. Those of that mind are mistaken. Broadcast television has been transitioning and migrating to digital since CBS Labs introduced the CMX600 nonlinear video tape editing system in 1972. It controlled analog VTR insert and assemble edits based on a computerized (digital) proxie edit decision lists (EDLs). CMX was a joint venture of CBS Labs and Memorex.

From about that time on, Kodak’s NAB presence started shrinking. Revolutionary digital technologies like the Vidifont character generator and new digital TBCs that made the unstable output of relatively cheap ¾in VCRs legal for broadcast became the new stars of many a post-’60s NAB.

If I may add a personal note, I started working for Sony around the time the RCA TK-76 hit the streets in 1976 and rocked the world of TV newsgathering. I was frequently told that one of the company’s primary competitive objectives (in Japan and all 35 of us with the Video Products Division of Sony America) was to run RCA and Kodak out of business. At the time, I played along but couldn’t imagine how that could ever happen. Eventually, we all saw it happen and then some. Competitors that didn’t embrace advanced video technology and later digital technology didn’t survive.

Generally, major waves of transition in television broadcasting come along about every decade +/- a couple of years. Nearly all the ground-breaking innovations in broadcast television technology since the color quad machine and two-piece “peepy-creepy” portable color TV cameras of the ’60s are based on digital technology. The analog exception in the ’70s was RCA’s TK-76 one-piece ENG camera. It was one-piece if you didn’t count the 35lb VCR on your shoulder. It was also a very efficient film lab killer. Some might argue the U-Matic was another analog exception. But if it weren’t for the digital logic built in to second generation ¾in machines, the technology would have been relatively useless in a broadcast environment.

Other ’70s NAB stars were satellites, audio-follow and computer programmable MC switchers, CGs, TBCs and ENG. Front and center at 1980s NAB Shows were digital effects from the Vital Squeeze Zoom and ADO, EditDroid (later AVID), frame syncs, digital audio and CCD cameras. The ’90s brought HDTV, DTV, computers and the Internet. The Y2K decade’s stars were streaming, digital storage and the end of analog broadcast transmission. This is the decade of organizing exploding content in file-based systems, in hopes of better serving more content to more producers and viewers more efficiently on more platforms, on-demand or real time, increasingly without a transmitter or TV set. Digital television technology is a tool to widen the “broad” in broadcasting.

One exciting more-for-less benefit of the digital age is that the cost of technical equipment necessary to produce razzle-dazzle effects and jaw-dropping content continues dropping precipitously. The music industry went through a similar paradigm shift when the MIDI and MP3 tsunami hit. All that new power in the hands of the people frightened the establishment but in fact made more competitive content from more sources available through more distribution channels to more ears. Big players that adjusted thrived. Those that didn’t wondered what happened.

The cost of producing leading-edge visual and audio content and effects is pennies compared to a decade ago or more. What separates the hits from the misses is no longer tied to expensive technical abilities. What makes popular music and television popular is talent, both on-screen and behind-the-scenes.

Speaking of behind-the-scenes talent, a subtle but vastly more powerful transition began taking place inside broadcast television stations in the 1960s. That transition is the changing of the guard. The behind-the-scenes talent at TV stations that signed on the air in the ’40s and early ’50s were WWII and Korean War military vets who nearly all retired in the ’60s and ’70s. Together, they pioneered about all there was to know about radio and television production. As the pioneers’ retirement attrition began, baby boomers filled their positions, learning television production and engineering skills from the remaining old-timers.

Now the second generation is retiring and being replaced with a third generation that wouldn’t know a quad machine from a dumpster. And why should they? Most quarter-million-dollar quad machines ended up in dumpsters anyway. Today’s worst DVRs perform better than the best quad machines ever made. We’ve got new players in new uniforms, but you know what? It’s the still same ballgame.

The DTV generation is already gathering its own museum of dinosaurs like CRTs, Amigas and VCRs. What’s not going away any time soon is baseband video. Unfortunately, the skill to use and understand baseband video test equipment and displays seems to be headed to the museum as well.

Ingest is one of the most crucial duties in daily DTV station operations and is critical in maintaining a station’s brand and income. The form of baseband may change from NTSC to SDI or HD-SDI, but the importance of baseband is that it’s the final place necessary technical adjustments such as hue, chroma, video gain, pedestal, audio levels and dialnorm can be observed and measured with the human touch of knowledge, experience and care before the content is ingested in the automated file-based domain. Call it post-post if you like because that’s essentially what it is. It’s also a point in the workflow chain that allows broadcast engineers to set themselves apart from generic operators.

Can an engineer eat lunch, watch "The Simpsons" reruns and ingest at the same time? One who worked for me thought he could. He didn’t last long. Professional broadcast engineers know good enough is not always enough, and assuming is always the wrong choice. Ingest is the last chance for human intervention. All incoming baseband content demands and deserves careful investigative observation and analysis using calibrated test gear such as waveform monitors, vectorscopes and master picture monitors while hand-tweaking the content when necessary to stay within specifications. Understanding how to operate and read test-and-measurement instrumentation and how to make the proper adjustments is crucial for the ingest process.

Some people think anything can be fixed in post-production, and much can — but not everything. Some basics, such as wrong iris, distorted audio and unwanted noise, either can’t be fixed or are expensive and tricky to correct or cover up. A similar principle is in place when out-of-spec baseband content is ingested into a file-based storage system, except it’s usually more embarrassing and sometimes impossible to fix, especially if the file already aired and people complained.

The next "Transition to Digital" newsletter tutorial will cover how to use and read baseband waveform monitors and vectorscopes.