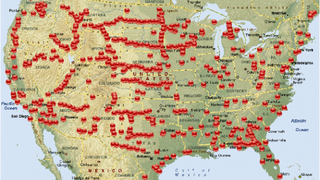 Is there a future for LPTV? It’s a question even being asked by low-power broadcasters themselves. Now, the FCC is on record as saying even it isn't sure yet.

LPTV stations are operated by a diverse array of groups and organizations, including high schools and colleges, churches and religious groups, local governments, large and small businesses, and individual citizens. Some believe it’s a service that is vital to underserved populations and ethnic groups in the U.S.

Under the law, these stations are considered “secondary” to Full Power and Class A services with regard to interference issues and will, therefore, be ineligible to participate in the auction. Neither will they be compensated for expenses in moving to a different channel in their market should they create interference for a Full Power or Class A protected TV Broadcaster.

However, the licenses, and all current spectrum usage rights of LPTV licensees, should be protected by HR 3630 as enacted by Congress. There are currently about 3000 licensed LPTV and translator stations in the U.S., in markets of all sizes. States with large rural populations, like Utah, tend to operate more translators and LPTV stations than places like Alaska and Kansas.

At last week’s Energy and Commerce hearing (Keeping the New Broadband Spectrum Law on Track), Rep. Joe Barton (R-TX) told all five FCC members that he understood the intention of Congress was to protect all licensed TV broadcasters including LPTV. He also told the FCC chairman it would not be Congress’ intention to force Low Power TV broadcasters off the air or remove them from their market.

“I would like to ask the (FCC) Chairman and the other Commissioners if, in fact, you are willing to commit that low-power television stations that have acted in good faith — they understand that they might have to move, or be repacked — but I personally believe it’s not fair at all if the end result is that a low-power television station, that has been a good licensee, ends up totally off the air,” Barton said.

FCC Chairman Julius Genachowski told Barton the question has not been answered yet.

"It’s a difficult question which we have not answered yet," Genachowski said, "and we look forward to working with you and getting very robust input from stakeholders as part of the process.”

Barton continued to press the issue for an agreement for LPTV protection.

“But can we agree ... as a Committee and a Commission that we are going to take steps that make sure that if a low-power station has operated in good faith and complied with its existing license, that we will make an effort to keep them on the air?” Barton asked.

“We will work with the LPTV Community,” Genachowski responded. “We have an obligation, as has come up a number of times, to act within the statute. Certainly, keeping LPTV stations on-the-air where we can is something that makes sense, but at this point we haven’t made a proposal on this; we have an obligation to listen to the record, act consistent with the statute, and we’ll continue to work with you and the other members of the Committee and the LPTV community to ultimately reach the goals of the statute, some of which as you pointed out are in tension with each another.”

So, for the LPTV community, the uncertainly continues. For station owners like James Chladek (WNYZ TV 6, in New York City), the issue of being taken off the air comes down to free speech.

“If we lose the voice of LPTV, the country will be irreparably harmed,” he said. “It’s a matter of free speech being silenced. We can't let that happen.”