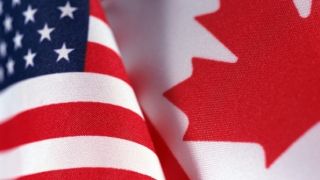 Three Congressmen representing districts in the state of Washington called on Julius Genachowski, chairman of the FCC, to commit the agency to maintaining transparency as it develops a new TV band plan as part of its incentive auction process and to protect viewers in their state from the loss of TV coverage.

In a Dec. 21 letter to the chairman, Reps. Jim McDermott (D-WA), Adam Smith (D-WA) and Norm Dicks (D-WA) reminded the chairman that the United States and Canada are bound by treaty to coordinate channel assignments with each other to protect OTA reception by viewers in both nations.

That obligation puts many stations serving Seattle, Tacoma and Spokane at risk in a repack. “This means that when TV channels in Washington State are moved to clear a spectrum band for auction to cell phone companies, there will be fewer places to relocate them because the Canadians have rights to a number of the border channels,” the letter said.

The letter explained that up to 14 full-power TV stations in Washington could have no place to move when repacking of the band happens. As a result, “they could be forced to cut power and lose viewers,” it said.

The Congressmen, who voted for the Middle-class Tax Relief and Job Creation Act of 2012, which authorized the incentive auction and repacking of TV spectrum, said that requiring TV broadcasters to cut power “could be harmful for the stations and the people who invest in them,” as well as be “devastating to the hundreds of thousands of people that rely on free, over the air television.”

In addition to maintaining transparency, the members of Congress asked Genachowski to give stakeholders the chance to review and comment on the agency’s new band plan before it’s adopted. They also requested the agency to disclose on an ongoing basis “the nature of contacts it or its staff may have with Canadian authorities” about the repack.

The three also requested the FCC to “work closely with the Washington State Broadcasters Association and the National Association of Broadcasters” as the agency moves forward with the repack.

Although acknowledging that freeing up spectrum for wireless service is “an important policy objective,” which they supported, the Congressmen said achieving that goal cannot be achieved by cutting off those living along the northern border with access to free OTA television.

“Depriving these citizens of access to local television programming would do them an enormous disservice and undermine the trust that Congress placed in the commission when it passed the statute earlier this year,” the letter said.