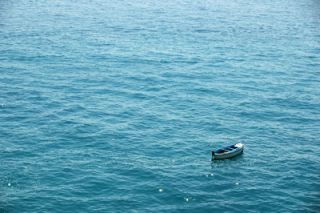 WASHINGTON--Writing off LightSquared would be a mistake. The venture is an object lesson in how spectrum allocation is meaningless without consistent receiver standards, and how one industry strategically avoided them by coopting adjacent spectrum.

LightSquared was savaged into submission last year, as much by a public relations campaign as hard science. Tests were conducted on LightSquared’s proposed wireless broadband network, true enough, but comprehensive details about precisely which global positioning systems were affected and how, did not become a part of the wider discussion. LightSquared was driven into bankruptcy by thousands of boaters, pilots, surveyors and farmers whose GPS equipment may have worked perfectly well under LightSquared’s mitigation plan.

That did not matter, however, because the GPS industry successfully whipped users into a fear frenzy, not as a public service, but as a diversion. LightSquared’s proposed network did not bleed into the GPS band. GPS receivers did not adequately reject LightSquared’s transmissions in the adjacent L-band spectrum. Even as the dust settles around the wreckage and lawmakers bang gavels over the $4 billion scrap heap, receiver standards remain mostly the stuff of lip service.

Republican Rep. Cliff Stearns of Florida brought up the issue during a hearing this morning on the role of the Federal Communications Commission in LightSquared’s flame-out. He pressed the FCC envoys for yes-no answers on the implications of receiver standards, but he did not pursue the obvious question of how to establish and enforce them going forward.

“Do GPS device makers have a duty to design receivers that reject signals in adjacent bands?” Stearns asked Mindel Da La Torre, chief of the FCC International Bureau, who answered in the affirmative.

Turning to Julius Knapp, head of the FCC’s Office of Engineering and Technology, Stearns asked, “If [the GPS industry] does not make changes to its receivers, can you envision anyone being able to operate in the L-band if they don’t do anything?”

“The upper 10 is problematic,” Knapp said, referring to the 10 MHz of spectrum situated right next to the GPS band.

I.e., there is a 10 MHz swath of spectrum covering entire country that’s basically useless because GPS manufacturers were not held to receiver standards. GPS manufacturers argued that they couldn’t have anticipated terrestrial operations in L-band because it was designated for satellite transmissions. However, they had 10 years to bring up the receiver overload issue before the FCC granted LightSquared a conditional waiver for terrestrial operations.

“Despite participating in multiple proceedings and raising other interference issues that were ultimately resolved to the GPS industry’s satisfaction, it did not do so,” Knapp and Da La Torre wrote in their joint testimony. “To be clear, in November 2010, the GPS industry was not complaining about out-of-band emissions or interference caused by handsets, or the power levels authorized for the L-band—they were instead notifying us of their own receivers potentially picking up signals from the neighboring band.”

In other words, the GPS industry knew their receivers were not built to FCC specifications where interference rejection capability was concerned, and did absolutely nothing about it for a decade while their devices saturated the market. Some of those devices were even found to treat “the GPS spectrum and the L-band spectrum as one band,” according to Knapp and Da La Torre’s written testimony. Such dual-band devices constitute illegal spectrum squatting, but with everything from drone flight to in-car navigation depending on GPS systems, the FCC can’t just kick them off the L-band.

Meanwhile, the GPS industry has avoided any sort of commitment to anticipate flexible-use scenarios going forward. With spectrum at such a premium that broadcasters stand to lose 40 percent of their real estate, designing for flexible use should be an imperative. If its not, LightSquared won’t be the only company holding stranded spectrum licenses.