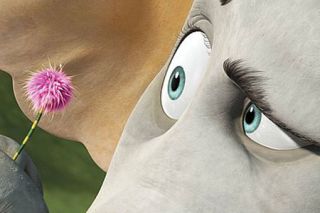 MINE, FIELD: (I will open by apologizing for my liberal use of parenthesied asides, like this one, in today’s column, in which I will explore the phenomenon of personal vindication. YES!)

So... it takes a thick hide to write something and sign your name to it, especially in this magical day and age when anonymous personal insults are comme il fait. Mine consequently should repel mortar rounds after scriptorially defending the broadcast industry for several years. Especially with its penchant for self-immolation, which we will discuss in a later exposition.

“Why shouldn’t everyone benefit from the spectrum, and not just a few rich, powerful companies?”

This always makes me blink hard a few times. I know where it’s coming from, I just can’t believe I’m hearing it. On one hand, I have to congratulate the flacks in D.C. spreading this malarkey. Well done. On the other, it’s confounding to me that anyone buys into it. There are roughly four carriers controlling the bulk of the wireless communications business in the United States, all of them systematically extracting more and more money out of subscribers. Those four big providers long to be fewer, but federal regulators have to keep up appearances so as not to awaken even the most gullible regarding their policy of favoritism.

And speaking of more and more money, today’s wireless fees will be peanuts compared to when 3G phones are shut off. At that point, the cheapest plan will easily cost more than $100 a month, not counting the tax otherwise known as the “universal service fund,” otherwise known as the graft demanded by phone companies to stick a couple of towers out in the Sand Hills. How this will benefit everyone, I am not yet certain.

Unlike broadcasting, the wireless industry has no small independent wireless operators, all providing free service. There are hundreds of small to mid-sized broadcast operations, though there likely will be many fewer after the Federal Communications Commission gets done squeezing all TV licensees into 60 percent of the airwaves they now occupy.

Where is the National Federation of Independent Businesses in all this? Where is the impact analysis on small business? And where, oh where, is the spectrum analysis confirming that it’s absolutely necessary to effect the systematic elimination of broadcasting for the benefit of the wireless industry? (I get that the process is not cast that way in polite company, but you may have noticed a certain dispensation with delicacy in this column.)

Does anyone care? Hello? I know Sinclair chief David Smith cares. He runs 74 TV stations. Sounds like a lot of TV stations, but it wasn’t enough to get Congress to bother pressing the FCC for a spectrum inventory before granting it the authority to auction off TV spectrum. No, that didn’t happen, because Congress needed a line item to pay for an extension of unemployment benefits. And so one cannot hold out for logic and ratiocination when it comes to spectrum policy. No, one must expect, shall we call it, “Bozo’s Razor,” i.e., whatever appears to be the most absurd explanation is very likely the correct one.

And so there we were, me and Mr. Smith, saying to the FCC, “excuse me, but might you have a spectrum inventory?” The requests were regarded as outlandishly passé. The hype surrounding spectrum reassignment was already a foregone conclusion.

And then—whaddya know!—someone at The New York Times questioned the assumption of a “looming spectrum crisis.” (Never mind here that the visible headline was lopped off to, “Carriers Warn of Crisis in Mobile Spectrum,” from what the URL indicates included... “Others See Hyperbole.”) The article quoted the inventor of the cellphone as saying the spectrum crisis was “largely exaggerated.” Another scientist, formerly of AT&T Labs, concurred, as did “David P. Reed, one of the original architects of the Internet and a former professor of computer science and engineering at the Massachusetts Institute of Technology.”

Mr. Reed said that saying the nation could run out of spectrum “is like saying it was going to run out of a color.”

Ohh, snap! All three confirmed what we here at McAdams On have been saying for nearly two years—that wireless networks and receivers can be made more spectrum efficient. (What we’ve actually been saying is, why isn’t the FCC requiring certain wireless network efficiencies, or at least exploring them, before reassigning the TV spectrum. Close enough for a happy dance, though.)

And so, while the Federal Wireless Commission can roundly ignore McAdams On, and even Mr. Smith, it’s a bit tougher to pretend like three of the smartest engineers in the world are loose cannons. And so it is, three weeks after the Times piece that the FWC chief starts talking about resolving the looming spectrum yada-yada through technological means. (Coincidence? Yeah, probably, but again. We don’t get too many at-bats, here, much less hits.)

And finally, the National Association of Broadcasters has decided that maybe a spectrum inventory is a good idea after all. The lobby this week resurrected the idea after members of Congress formed a Federal Spectrum Working Group. (Not to say that I feel like England in World War II watching America wade in toward the end, but I kind of had to wonder where you guys have been.)

Because if you’re going to manage spectrum, rewrite spectrum policy and displace hundreds of small businesses, shouldn’t you know—in quantitative terms—how spectrum is being used?