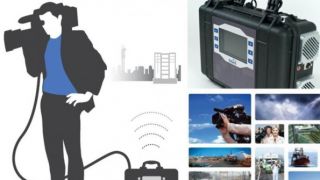 The lingering technical problems associated with using public cellular, WiFi or Ethernet networks for video backhaul to the station has raised its ugly head once again, this time in the Windy City during coverage of the massive teachers’ strike there.

As local stations competed on Sept. 9 for live coverage of press conferences at the outset of the Chicago teachers strike, WLS — the local ABC O&O affiliate — found itself hampered while on the air by severe signal problems related to the Dejero LIVE cellular transmitters and wireless public network they were using to go live from the scene. The pictures often froze and sometimes were lost altogether during the live “on-the-scene” reports.

It was the second time in recent weeks that the nascent newsgathering technology didn’t hold up under the duress of live ENG remotes, according to a report in “TimeOut Chicago” magazine.

Apparently, the worst transmission problems due to the use of bonded cellular backpack transmitter systems occurred during Mayor Rahm Emanuel’s briefing from the Harold Washington Library, only seven blocks south of ABC 7’s studios.

“We, along with the other stations in town, are using a relatively new technology that brings back video signals via cellular air cards,” an ABC 7 spokeswoman explained to "TimeOut Chicago” magazine. “Last night, with everyone using the bandwidth at the same time from the same location, the quality of the signal was affected for some of the stations.”

It is a concern that station engineers and traditional makers of microwave technology have been expressing about the reliability of bonded cellular (combining several wireless network cards together in order to get a better signal) technology. Since broadcasters have no priority to use cellular frequencies over other users, news coverage has no special standing and is fair game to everyone with a mobile phone in the news coverage area.

When multiple crews attempt to use the cellular circuits at the same time, it can cause data traffic congestion, resulting in video frame dropouts, freeze frames or complete loss of picture. That’s apparently what happened in Chicago and what has happened in other cities (e.g., during coverage of the court appearance of the Colorado movie theater shooter) as well. The real culprit is network availability and signal propagation, the same issues that cause dropped cell phone calls.

At last week’s IBC Show, companies that supplies cellular transmitters, including Dejero Labs, LiveU, Integrated Microwave Technologies, TVU Networks and Vislink, all said they are aware of such problems in heavy cell phone use areas and are working on new ways to combat the problem, including implementing traditional and inverse statistical multiplexing as well as forward error correction software in combination with unique capabilities whereby the system automatically switches over to another carrier card installed in the transmitter when network congestion is detected.

It is also strongly recommended that users pre-plan their shoots to determine which carrier might work best with the available bandwidth (3G/4G) and which system modes (SD or HD data rates, using H.264 encoding) are most appropriate for each ENG situation.