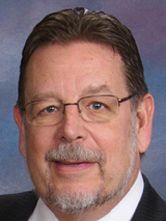 Mark Aitken I am writing to clarify, for your readers, some positions and proposals that can be directly attributed to me, and more broadly, the organization for which I work (“LTE Tempts With Advanced Services,” May 30).

As the vice president of Advanced Technology for the Sinclair Broadcast Group, I make every effort to take in the technological surroundings of our industry in order to advise my organization regarding the possible future realities. Some of those realities are unavoidably easy to see.

First and foremost….big stick broadcasting is not dying. In fact, local television broadcasting is where the future of wireless lives! Our transmitters and antennae on tall towers, when coupled to the spectrum through which we serve the public, have the potential to best serve the American public with the most widely demanded, efficient and cost effective wireless services. As an industry, we supply the world with more mass consumable bits than any other entity.

We are presently severely disadvantaged by our digital television standard. When our “over-the-air service” is held up alongside the other relevant wireless providers of services, we lose. Yes, we provide the best and highest quality HDTV. Yes, our local news, weather, traffic and local community programming is the most sought after viewing. But we are no longer a provider of what was once a ubiquitous service. In the not so distant past, local broadcast television was ubiquitous by virtue of its presence in almost every living room of America with programming that was available from no other provider. That is simply not today’s reality.

To be both relevant and competitive, we have to change the means by which we do business. Of primary and immediate concern, to be ubiquitous tomorrow, we must be able to reach our audience wherever they may be, on whatever device they are using, with the content that they want, when they want it. All of this is possible only with a new and fully capable broadcast platform.

This new broadcast platform will most certainly not be backwards compatible with today’s television broadcast standard. However, by harmonizing with many of the world’s underlying global wireless technologies we could provide benefits to consumers, device manufacturers and broadcasters alike.

The idea of LTE-Advanced being a part of our future was first introduced to American Broadcasters by me and a great friend, Mike Simon, at an ATSC Symposium on “Next Generation Broadcast Television” 18 months ago. It was introduced within the context of what we have referred to as a “Broadcast Overlay”, which envisioned the use of our broadcast spectrum and facilities to off-load DOWNLINK traffic from wireless carriers. The premise is a simple one: use our current facilities with an upgrade to a new broadcast platform (new standard), to deliver bits for the wireless carriers.

By virtue of our licensed “ERP” emanating from tall towers, we carry an advantage in being able to cover large areas from a single broadcast site. But again, to be both relevant and competitive, we must be able to offer a QoS (quality of service) which rivals that of our wireless competitors. That will require some additional towers/ repeaters be added over time, but nothing near the hundreds and thousands required by the wireless phone companies. With a fully capable new broadcast platform, the ability to seamlessly extend and complement our service area can be accomplished with a handful of strategically placed “SFN” (single frequency network) transmission facilities. They “embellish” the QoS, but are not required to start.

Vinton Cerf, considered one of the fathers of the internet for co-designing the TCP/IP protocol, when asked what he’d like to see next, is quoted to have said “…a vision that includes internet packets raining down from the sky.” I like to think of Television Broadcasting of the future as the “cloud” from which that raining of internet packets flows. Imagine people pulling from the “Broadcast Cloud” the bits they wish to consume—live real time or cached.

The terms “Broadcast Overlay” and “Broadcast Cloud” are interchangeable; they are one and the same. They represent what and who broadcasting needs to be to remain relevant and competitive. We can deliver “bits” to consumers wherever they may be on whatever device they are using, with the content that they want, when they want it, with the right broadcast platform. Let’s all make sure our heads are in the cloud—the “Broadcast Cloud”!