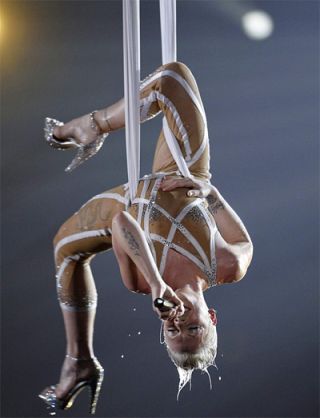 Wireless mics are a type of unlicensed device, born to some degree by TV operations. They currently operate in the TV spectrum, but at power levels and transmitter proximities that don’t interfere with TV signals. Once relegated to major performances and events like the Super Bowl, wireless mics are now used in everything from churches and conventions to Broadway shows.

Their low power and relatively small area of operation renders them vulnerable to interference. The proliferation of things like security and catering intercoms, baby monitors and garage-door openers has so crowded the radio spectrum that broadcasters have all but abandoned the use of wireless mics at Super Bowls.

The biggest change to the 2008 rules in last Thursday’s FCC order is the reservation of two channels between 14 and 51 for their exclusive use. Those two channels will accommodate at least 16 wireless mics operating at 220 kHz. Wireless mics will also still be allowed to share TV channels, or in some cases, register in the TVDB database.

The registration option applies primarily to big events with more wireless mics than the two reserved and any shared channels can accommodate. Applicants will have to certify that they are using the two channels and all other available channels from 7 to 51 (except 37). Registration requests must be made at least 30 days before the event. At least six to eight wireless mics must be operated in each channel as a benchmark for database registration.

The FCC declined to reserve more than two channels for wireless mics, as some petitioners requested, but instead urged manufacturers to develop more efficient technology:

“We observe that wireless microphones generally have operated very inefficiently, perhaps in part due to the luxury of having access to a wealth of spectrum. While there may be users that believe they need access to more spectrum to accommodate more wireless microphones, we find that any such needs must be accommodated through improvements in spectrum efficiency.... We will continue to pursue this issue as the commission considers possible repurposing of the TV spectrum.”

The protection zone for wireless mics was modified in Thursdays order. Previously, all TVBDs were prohibited from operating within 1 km of registered wireless mics. Now only the fixed, 4 W TVBDs are restricted at 1 km. The lower-power 400 mW portable TVBDs will have a 400 meter radius of restriction.