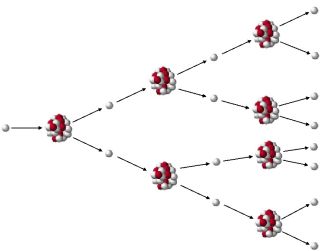 MULTIPLE CITIES: Reactions to the FCC’s action opening broadcast spectrum for broadband were mixed but predictable. The Federal Communications Commission issued a Notice of Proposed Rulemaking to allow broadcast TV spectrum to also be licensed for wireless broadband.

What Gary Shapiro said. Shapiro is chief of the Consumer Electronics Association, the members of which stand to sell many, many wireless broadband gizmos:

“The steps the FCC proposed today will move us toward more efficient use of our nation’s spectrum. The spectrum crisis is real and must be addressed. Additional spectrum for wireless broadband and unlicensed uses is crucial to our national competitiveness and the future of innovation.

“CEA and its members look forward to participating actively in these proceedings. We will continue to work closely with the commission to ensure that all Americans can enjoy the robust mobile broadband networks that our nation so desperately needs.”

Looking forward to continuing to work closely with the commission is a rather common tactic that should perhaps be printed on a T-shirt for pointing purposes.

What the NAB said. The National Association of Broadcasters was unthrilled by the NPRM. Gordon Smith, a Washington, D.C. veteran with more than the usual measure of diplomatic skills was nonetheless a bit spitfirey, resurrecting his predecessor’s “spectrum tax” reference:

“NAB has no quarrel with incentive auctions that are truly voluntary. Going forward, we believe policymakers have an obligation to maintain digital TV services currently provided by broadcasters and to allow free TV viewers to benefit from DTV video innovations.

“NAB will oppose government-mandated signal strength degradations or limitations, and new spectrum taxes that threaten the future of free and local broadcasting.”

Smith and others in the broadcast camp are mindful of speculation that the commission intends to take 120 MHz of TV spectrum by hook or by crook. The current premise is to auction off spectrum voluntarily relinquished by broadcasters and give them a cut of the proceeds in return. The broadcast industry generally responded to the proposal by crossing its arms. Congress has to make it legal, as well. Congress has made no move to make it legal, having just been reorganized by the populace.

What SpectrumEvolution.org said.SpectrumEvolution.org is an org that needs a shorter name, like SpecEv. It’s a relatively new group comprised of low-power broadcasters, engineers, and folks involved in the use of Converged Mobile Multimedia Broadcasting technology. CMMB is big in China. SpecEv issued a pretty dang long statement that was moderately scathing of the commission’s action. Here’s an edit:

“SpectrumEvolution.org. . . cautiously praises the comments and forward-thinking visions expressed by the FCC commissioner. . . But it remains to be seen whether they will act consistently with their own statements or whether they will end up destroying broadcasting as an essential component of the U.S. information architecture and turning over spectrum to giant national wireless companies, which will never have and never will provide the local content, employment, and entrepreneurial initiatives that broadcasters have provided throughout their history.”

SpecEv believes CMMB can be deployed now by broadcasters to provision wireless broadband, rather than the wholesale reorganization of the spectrum being undertaken. SpecEv demoed OFDM-based broadband to CMMB receivers at the commission on Nov. 17, to which the staff was reported to have responded, “ooohhh.” However, SpecEv said it was informed that it would not be granted an experimental license for OFDM-based broadband without the approval of the five commissioners.

“The FCC seems to be speaking out of both sides of its mouth,” SpecEv said somewhat uncautiously.

What Public Knowledge said. Public Knowledge is a Washington, D.C. think-tanky public interest lobby headed by the indefatigable Gigi Sohn, and trustily sidekicked by the statement-issuing machine that is Art Brodsky. PK is not enamored of the broadcast industry. PK’s Harold Feld weighed in on the issue du jour:

“We commend the Federal Communications Commission for its actions this morning on spectrum policy. Together, they show the willingness to make certain that all options are being considered, from auctions to leasing spectrum to use of unlicensed spectrum.

“The commission’s actions will facilitate imaginative, new and innovative approaches to making more efficient use of spectrum, which will lead to increased benefits to consumers. We applaud the commission for looking to all stakeholders and encouraging a cooperative, collaborative and creative approach to meeting our future wireless needs.”

The commission is applauded nearly as much as it’s looked forward to being worked with closely. Rep. Ed Markey(D-Mass.) saved his relatively lithe pianists fingers, however, and merely commended the commission. What he said: “Spectrum is the oxygen of the Internet ecosystem, and its looming scarcity needs to be addressed to ensure the continued growth of the wireless broadband applications and services that help power our economy. The proliferation of smart phones and wireless netbooks has revolutionized the way we work and entertain ourselves, but also saps our supply of available spectrum. I commend the commission for taking action on this issue, which is so important for innovation, investment and job creation.”

What TVB said.TVB is really just yours truly. Rather than just opening the docket, No.10-235, up for a certain inundation of comments, the FCC should launch a Twitter page dedicated to the issue so actual science might prevail.
-- Deborah D. McAdams