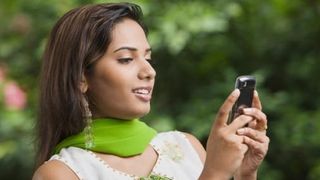 Television news, which so far has remained immune to changes in news consumption behavior to the Internet, received its first warning sign that it may no longer be inoculated to audience migration.

Television news appears vulnerable to changing consumption behavior as a new generation of Americans increasingly seeks out its news online, on cell phones, media tablets and via social media. Those are among the findings of a newly released Pew Research Center for the People & the Press study of trends in news consumption between 1991 and 2012.

“Among adults younger than age 30, as many saw news on a social networking site the previous day (33 percent) as saw any television news (34 percent), with just 13 percent having read a newspaper either in print or digital form,” Pew said.

The findings are far from bleak for TV news, however. Fifty-five percent of people say they watched the news or a news program on television yesterday, which is in line with recent years. Six years ago, for instance, 57 percent said they watched TV news the previous day.

According to Pew, however, things may be poised for a change because of the sizeable decline in viewers among adults younger than 20. The 34 percent of those younger than 30 years old who watched TV news the prior day is fully 15 percentage points lower than the 49 percent who did so in 2006. Among older adults, the percentage grew slightly for TV, from 63 percent to 65 percent among those 50 to 64 years old and from 69 percent to 73 percent among those 65 and older.

The Pew findings also reveal a disturbing audience slide for local TV news. Overall, 48 percent said they regularly watch, down six points from the 54 percent who said they did so in 2006. Again, the fall off is greatest among younger viewers with those 18 to 29 years old dropping by 14 points to 28 percent from their 2006 level and those 30 to 49 years old dropping five points to 46 percent from the level six years ago.

Cable TV news is experiencing a shift as well with sizeable growth in its audience among those older than 65, up 13 points to 51 percent from 2006, but only a modest gain of 2 points among those 30 to 49 years old and a drop of six points to 23 percent of those 18 to 29 years old.

The print media continued its long audience slide, the findings revealed, with 29 percent saying they read a newspaper yesterday and 23 percent reading a print newspaper. Over the past decade, this figure has fallen from 41 percent to 23 percent.

Social media, too, has grown, with 19 percent saying they saw news or news headlines on social networking sites yesterday, up 9 percent from 2010.