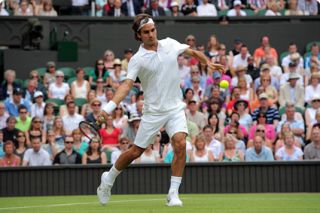 LONDON – There’s no genre that’s supported the industry’s move to 3D as fervently as the sports, from the soothing green grass hills of Augusta to the rough Astroturf of a college football game.

The mantle now falls to the 125th Wimbledon tennis championship. For the first time, the men’s and women’s championship finals will be broadcast in 3D from the storied courts of the All England Lawn Tennis Club (AELTC) outside London from June 20 through July 3.

The famed Centre Court will be equipped with 3D cameras by host broadcaster BBC, Sony Electronics and the technology firm CAN Communicate. The collaboration marks the first of a several-year deal that will see Sony collaborate with the AELTC to produce footage of the tournament in 3D, according to Mark Grinyer, head of Live Production Business Development, 3D & Sports, for Sony Professional.

“Such a fast game has never been recorded in this way before and this has necessitated a whole new approach to filming,” Grinyer said. “As a result, we are on a steep learning curve.”

The decision to broadcast the match in 3D was led by the implicit action experienced on the tennis court – action that is even more fervent during a high-intensity event like the Wimbledon championships where the thwack of a ball just outside the foul line can signal the end of a match or a crowning of a champion.

“Wimbledon is renowned for its heritage and sense of tradition,” said Ian Ritchie, chief executive of AELTC. “At the same time we are always looking for ways to improve the presentation of The Championships by successfully blending that tradition with innovation.”

This year, the ladies’ singles finals and the men’s semifinals and final matches will be filmed in high-definition 3D. In the U.S., ESPN 3D will television the matches, the first time 3D tennis has been broadcast by the network. In the U.K., after a fair amount of in-house deliberation, it was announced earlier this month that the 3D broadcast will air on the BBC HD channel. The broadcast is the first of several 3D programs that the BBC may undertake over the next several years, including potentially, the 2012 London Olympics.

As far as worldwide distribution of the match in 3D, Sony announced plans to work with theatrical distribution partner SuperVision Media to broadcast the championship to 3D cinemas.

“Watching tennis in high-definition 3D is a stunning experience, bringing the speed of the action and the emotions of the occasion to life; it is as close to the atmosphere and excitement of Centre Court as actually being there,” said Fujio Nishida, president of Sony Europe.

Sony will work with CAN Communicate as its technical production partner for the tournament, covering the four matches using a 3D workflow that was successfully deployed at the 2010 FIFA World Cup, the company said. Equipment will include Sony HDC-P1 cameras with Canon lenses in five positions around the court, which will be fed into a Sony HD fiber adapter mounted onto Element Technica rigs. The 3D signals generated from the five camera positions will be fed to two Gemini NEP Visions 3D OB vehicles. CAN most recently wrapped up 3D work on the 2010 FIFA World Cup and the 2010 French Open.

“As with most live action sports environments, there is a limited amount of space on Centre Court for 3D camera rigs,” Grinyer said. “However, thanks to our MPE-200 processor box, we are able to adapt content from the 2D cameras into 3D to ensure they have the best possible viewer experience.”

Roger Federer will be looking for his 7th Wimbledon Singles title this year. To keep a close eye on the ball, graphics will be addressed by Hawk-Eye technology, used in previous championships to keep a slo-mo look at the ball as it bounces around the court. In March, Sony acquired Hawk-Eye, a UK-based media tracking technology company that will become part of Sony Professional.

Running alongside the 3D coverage will be expansive 2D HD coverage of every match on all seven Show Courts, plus first-week coverage of matches on another two courts, led by the broadcast firm SIS Live. Coverage will also include slo-mo replay, courtside interviews and press conference interviews. In addition, SIS LIVE will provide OB facilities for BBC Sport’s UK coverage of the event, which includes BBC1, BBC2 and BBC HD channels, as well as to BBC International.

“Running over 50 miles of TV cabling and installing large amounts of broadcast infrastructure around their grounds for the biggest event of the season — while causing as little impact on the look and feel of the venue as we possibly can — is probably the biggest challenge,” said Donna Palumbo with SIS LIVE. “It’s a very big outside broadcast, but we try to do it without anybody noticing!”