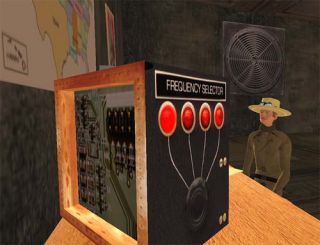 WASHINGTON: The proposal to open broadcast spectrum up for wireless broadband is reverberating beyond TV stations. With just a few days left to weigh in on the federal government’s plan, those potentially affected by it are registering concerns. Dish Network, for example.

“Dish believes that the commission’s efforts to improve the utilization of the broadcast television bands should not disrupt the clear scope of the statutory carry-one, carry-all requirements, nor undermine the careful investments satellite television providers have made in their distribution networks,” the satellite TV provider’s reply comments state.

The law passed last year extending the rules of TV station carriage by satellite operators required Dish to carry local channels in all 210 U.S. designated market areas. In return, Dish got to shake off an injunction preventing it from carrying distant signals. Dish added satellite capacity and complied. Now the carrier fears that if TV stations end up sharing channels, as proposed by the Federal Communications Commission, it would artificially create new stations that could demand carriage.

RadioShack said no thank you to that. The FCC does not have the authority to set standards and should let market forces prevail, the Fort Worth, Texas electronics retailer said.

“Mandatory antenna standards would force manufacturers to make and retailers to sell antennas that most antenna-users do not need for over-the-air television reception,” the Shack’s filing said.

Melbourne, Fla. broadcast vendor Harris Corp. went to bat for TV stations in conjunction with its own interests. Harris took FCC Commissioner Meredith Atwell Baker and her legal advisor, Jennifer Tatel, on a tour of the company’s booth at the 2011 NAB Show, where it demoed its Mobile DTV technology, among others.

Harris said it “reiterated how broadcast equipment manufacturers are continuously innovating and exploring ways to implement greater efficiencies in broadcast equipment in order to maximize the power of the Advanced Television System Committee’s DTV Standards and broadcasters’ use of bandwidth. Conclusions regarding broadcasters’ bandwidth needs must be informed and not only based on their current requirements, but also on their future spectral needs.

“Broadcasters should not be foreclosed from both maintaining their current level of service and providing new services, such as MDTV, 3DTV, and non real-time services.”

The last day to file reply comments on the FCC’s spectrum reallocation docket, No. 10-235, is Monday.
~ Deborah D. McAdams

November 30, 2010:“FCC Opens TV Spectrum for Broadband Use”
The commissioners unanimously approved a Notice of Proposed Rulemaking to add new allocations for fixed and land mobile services in the TV spectrum that would be co-primary with broadcasting.