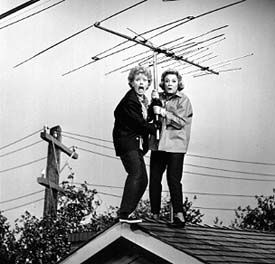 WASHINGTON: Broadcast advocates are in a full-court press for protective measures since incentive-auction legislation appears to be a slam dunk in a debt-ceiling bill. Lawmakers must act before Aug. 2 to prevent the country from going into default. Incentive-auction authorization is sure to be included because of the revenues expected. Defenders of broadcasting have now confederated around a four-point agenda with regard to the auction bills.

“It is essential for the bill to clearly outline that any broadcaster choosing not to participate in a voluntary auction will not be adversely impacted,” wrote Rep. Dan Boren, a Democrat from Oklahoma in a letter to House Speaker John Boehner and Minority Leader Nancy Pelosi.

Boren asked for protection of coverage areas, no forced relocation into the VHF band, that only one incentive auction take place, and that the “economic impact of relocation on stations” be addressed.

Those were the same points made last week by Gordon Smith, head of the National Association of Broadcasters. Smith testified before the House Subcommittee on Communications and Technology. Coverage-area protection is of particular concern because auctions will lead to TV stations having to move to new frequencies. This channel repacking process is complicated because of interference, signal overlap, loss of coverage in some cases, and coordination with Canada and Mexico.

The VHF issue also comes into play in repacking because digital television reception is poorer in the VHF band, Chs. 2-13, than for the higher UHF frequencies. TV stations are still dealing with the fall-out from the repacking triggered by the 2009 DTV transition. One recent example is KVIA-TV of El Paso, Texas. The station recently received the final OK from the Federal Communications Commission to move out of the VHF because of signal-coverage problems.

“That’s nearly 40 percent of all TV stations in America,” he said. “Contrast this to the 174 stations that were cleared from the spectrum in the DTV transition. Clearly, this new round of repacking would result in significant disruption and confusion for our viewers--and your constituents--who recently went through the DTV transition.”

Smith and the leadership of the 50 state broadcast associations want legislation that clearly spells out the four-point protection plan for TV stations. Members of the Congressional Black Caucus lent their support for the cause last week. Reps. Bobby Rush (D-Ill.), Ed Towns (D-N.Y.), Donna Christensen (D-V.I.) and G.K. Butterfield (D-N.C.) wrote to Boehner and Pelosi as well, with particular concern about a fledgling broadcast network targeting black audiences. The network, Bounce TV, is set to launch this fall on the subchannels of around 60 TV stations coverage 35 percent of the country.

“We want to make sure that voluntary incentive auctions do not threaten the diversity of programming,” the four wrote. “It concerns us that many television stations, particularly those independently owned and operated broadcast television networks aimed at minority audiences, could be imperiled if broadcasters are repacked into new channels without sufficient safeguards.”

In addition to lawmakers, the NAB is reaching out to the public for support. Smith recently penned an editorial for the Missouri News Horizon, describing the Washington rhetoric that it’s outdated.

“What is perhaps most disappointing in this debate is the dismissive treatment of those Americans exclusively reliant on free TV,” he said.

Whit Adamson, president of the Tennessee Association of Broadcasters, questioned the expectations of spectrum auctions in an editorial in The Tennessean.

“The bidders are expected to be from the wireless phone providers to build out their national phone networks,” he said. “With this proposed merger, and without AT&T and T-Mobile at the bargaining table, we wonder just how profitable the proceeds may be at the expense of viewers who would then have to pay a signal carrier and lose the historically free choice of over-the-air television.”

With the debt-ceiling deadline two weeks away, lawmakers are moving on spectrum-auction bills. The Senate bill, S.911, has passed out of committee for consideration on the floor. At least three such bills are circulating in the House. The NAB is responding with a PR campaign involving print, TV and radio spots. The spots became available Friday.

“We’re asking all stations to air these spots as often as possible between now and Aug. 2 to send a strong message to members of congress,” the organization said.