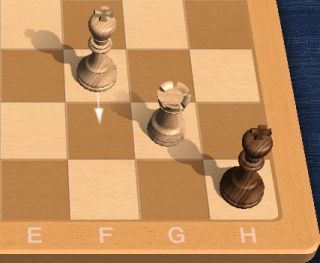 WASHINGTON: Regulators have a bit of a slog ahead when they comb through the reply comments on retransmission. Around 30 parties filed a total of 680 pages on the Federal Communications Commission retrans proceeding in the last few days. A quick survey of the filings suggests more of the same: Pay TV carriers want reform; broadcasters do not.

Knology, a rural cable provider based in West Point, Ga., is in the pro camp. Knology has 14 systems serving 39,000 subscribers, the smallest serving just 144 households.

“In the current retransmission consent market broadcast stations have inappropriate and unfair negotiating power, knowing that if a small cable operator, such as Knology, refuses to pay the exorbitant rates the broadcast stations demand and thus discontinues carriage of the related broadcast programming, viewers will likely, and swiftly, abandon that cable TV operator in favor of a competitor,” the provider wrote in response to a filing from the National Association of Broadcasters.

The NAB filed a 161-page reply reiterating the industry’s position--that retrans is working and should be left alone.

“There is no factual basis in the record to support claims that the retransmission consent marketplace is broken,” the NAB’s Jane Mago wrote. “Allegations that the emergence of competition among MVPDs has provided broadcasters with undue bargaining power are greatly exaggerated and misleading. . .The mere fact that retransmission consent fees have increased from an initial level of zero does not mean that they are now somehow too high from the perspective of economic efficiency, or in any way the cause of the rising rates paid by consumers for MVPD services.”

The National Football League urged the commission “not to adopt measures that would undermine broadcasters’ ability to negotiate for fair retransmission consent fees.” The League’s primary message was for the preservation of its blackout policy, which came under attack by the Sports Fan Coalition. The NFL’s blackout rule allows it to prohibit the broadcast of a game in a home market. The idea is to get people into the stadium. The SFC ask the commission to waive the sports blackout rule when retrans agreements expire. The League said that waiving the rule would give cable and satellite operators “excessive leverage” in retrans negotiations, because they feasibly could carry a game telecast themselves.

John Hane, a media attorney with Pillsbury Winthrip Shaw Pittman LLP says much of the arguments are off target. Retrans policy was set by Congress. The FCC’s directive is to make sure negotiations are done in “good faith.” It is therefore incumbent upon cable and satellite operators to demonstrate negotiations not so conducted, which they have not done, Hane said.

“Any reform of the good-faith bargaining rules, or imposition of any new regulations on broadcasters intended to skew the market for retransmission rights, must be based on fact, not self-serving rhetoric and generalized, undocumented characterizations,” Hane wrote in comments filed for LIN Television. “MVPDs have not provided any evidence whatsoever showing that the exceptionally few service disruptions that occur result from bad faith bargaining or that retransmission fees are too high by any objective measure. Any new rules based on the record now before the FCC would necessarily be arbitrary and capricious.”