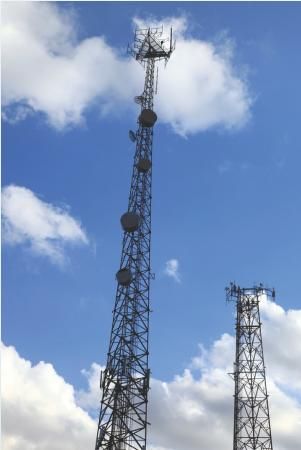 “While there are different models used to predict broadcast signal coverage, we’ve opted for a ‘semi-empirical’ method that uses a blend of actual field reception data and theory,” OMVC Executive Director Anne Schelle said. “With information about the local terrain, antenna height, frequency, and polarization as well as details about the receiver and atmospheric conditions, we can predict signal strength for mobile broadcasts with this model.”

The data was used to create maps illustrating the best areas for mobile DTV reception. Further field testing in cars “showed the predictive model to accurately correlate to actual conditions,” the OMVC said. Future versions of the predictive reception model will consider elliptical and circular polarized transmission antennas and the effects of tall structures near receivers. It also will provide more details on predictive VHF reception, the group said.

OMVC launched a signal-capture program in March to build a model of a reception environment. The group is recording live over-the-air mobile DTV radio-frequency signals in the Washington, D.C. market and cataloging them to create a “signal library.” This “RF Capture Catalog is a collection of profiles that allow broadcasters and product developers to play back these profiles in the laboratory for more thorough analysis and evaluation of the mobile DTV RF environment,” the OMVC said. “Different captures of RF television signals will help broadcasters determine the relative performance between the two services and their expected coverage.”

Schelle said 290 signal sequences, each about 90 seconds long, had been recorded at “pedestrian height and speed,” and also at 30 feet off the ground. The signals were captured on Ch. 24 at a total of 48 sites in D.C. Each one is around 3.7 GB. Data being collected now in Dallas will be added to the catalog. The OMVC is offering rental of a Adivic RF recorder/player to interested parties, including standards bodies.

The group is also releasing a recommended practice for deployment of an Electronic Services Guide, plus presentations on launch scenarios that include 11 use cases.

The OMVC said around 75 broadcasters have made the upgrades to transmit mobile DTV. The group is forecasting that the service will reach more than two-thirds of the “viewing public” over the next year.
~ Deborah D. McAdams