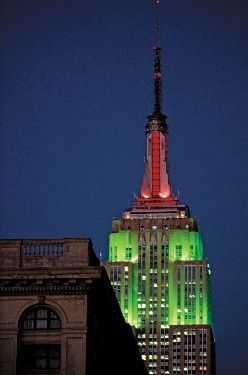 “As broadcast stations serving New York City and the metropolitan area, we are deeply concerned about the resolutions and the impact the proposed changes to federal policy could have for New York City area residents. In addition, we wanted to present an alternative view to many of the facts being offered in support of the resolutions,” the executives said in the letter to Garodnick.

The letter explains that retransmission consent was established by Congress in 1992 as a means for local broadcasters to be compensated for their signals by cable and satellite operators.

“The revenues generated through retransmission consent are fundamental to the over-the-air broadcast system,” it said. “They allow local broadcasters to invest in newsgathering operations... They support the emergency services that alertresidents to dangerous weather, and provide life-saving information during public emergencies, as was demonstrated in the vital role New York City broadcasters played during the 9/11 attack.”

The five said retransmission was not “charity,” and that the local broadcast stations remained “by far the most-watched channels.”

The executives said there was no evidence to support the spirit of the City’s assertion that retrans is resulting in signals being pulled for “lengthy periods of time and cable bills rising for consumers.”

Only a handful of thousands of negotiations have resulted in service disruption, they said, and those were for a short time.

“Indeed, a recent analysis found that American households are about 10 times more likely to experience a complete cable system outage due to technical or weather-related reasons than to be deprived of a television channel because of a retransmission consent dispute,” they said.

They concluded by saying the FCC had reviewed retrans consent rules and recommended no changes in a report to Congress. The New York City Council is set to discuss the issue later today, although a vote is not expected.

The proposed resolution comes a day after a coterie of cable operators, interest groups and satellite TV providers banded together to alter retransmission rules. The American Television Alliance is seeking a prohibition on signal-pulling during negotiations.