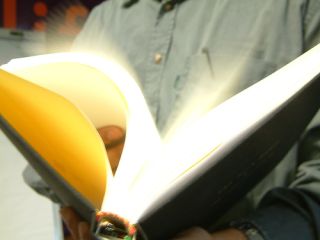 WASHINGTON: A spectrum bill authorizing the sharing of auction proceeds was unveiled on Capitol Hill Monday. Sens. Olympia Snowe (R-Maine) and John Kerry (D-Mass.) rolled out the SpectrumMeasurement and Policy Reform Act requiring a study on “spectrum occupancy and use.” It also expressly authorizes revenue sharing for licensees who voluntarily relinquish spectrum--as proposed for broadcasters in the FCC’s National Broadband Plan.

“We can and should know how our spectrum is being used and do more to encourage more efficient and productive use,” Sen. Kerry said in a joint statement with Sen. Snowe.

The bill requires the Federal Communications Commission and the National Telecommunications and Information Administration to determine not just who’s using what band of spectrum, but how much and for how long.

It would give the Secretary of Commerce the authority to “refuse assigning frequencies to mobile radio or other radio service,” and to collect fees from licensees. It also calls for the auction revenue-sharing plan for licensees who give up spectrum voluntarily. The bill further requires a cost-benefit analysis of spectrum reallocation, including “overall costs and time frames of any potential move.”

It asks for the examination of spectrum between “at least 100 MHz and 10 GHz,” over a diverse geographic region for “an appropriate period of time.” It also asks that future occupancy and usage patterns by existing licensees and government users be predicted, and to correlate those predictions with past usage.

It directs the FCC and the NTIA to determine the benchmarks for the study within a year of the bill’s enactment. Those include an analysis of spectrum-sharing at “120 MHz below 4 GHz.” A subsequent pilot program on spectrum-sharing is to be done a year after the analysis is completed, with a report due to the Senate Commerce Committee in eight months.

Previous spectrum bills called for usage inventories, but neither contained the detail of Kerry and Snowe’s latest entry. H.R. 3125, requires the FCC and NTIA to catalog usage between 225 MHz and 10 GHz, including how many translators, repeaters, transmitters and end users there are for a given frequency. The bill was passed by the House in June and placed on the Senate calendar. H.R. 3019 provided a reimbursement framework for booted incumbents, but H.R. 3125 beat it to the floor.
-- Deborah D. McAdams