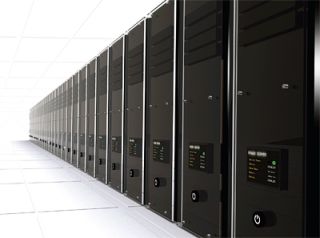 SEATTLE—For station and group engineering heads, there's been a continuing search for ways to cut energy use: energy efficiency through new or retrofitted "green" buildings, news fleets with better gas mileage, modernized lighting, etc. Such greening not only meets corporate carbon footprint mandates, but can make dollars and cents savings as well.

If the low hanging energy-reduction fruit seems pretty well picked over, it may be time to wander back into the building's data center, with its whirring disk drives and purring fans. There, sitting rackmounted in plain sight, the station storage system may be a candidate for that next green initiative.

Saving energy in a data center isn't as simple as your mom's old warning to "turn out the lights when you leave the room." These facilities have to be up and running 24x7 to support news, master control playout and other ongoing station operations.

But storage system vendors TV Technology spoke with pointed to a number of paths to more energy efficient storage. Some energy savings occur naturally, as technologies evolve. Others involve smart strategies, forward-looking planning that not only achieve energy savings now but will bring more savings down the road.

While the term storage would seem to point to the volume of data that can be kept, that's only half the issue; there's also the speed of retrieving that data. "You either need x amount of bytes of storage, or you need x amount of bandwidth the storage can pump out: how fast can you transfer those bits," said Ed Casaccia, director of product marketing, Servers & Digital Production at Grass Valley.

The well-known Moore's Law, which describes the rough doubling every two years of the number of transistors that can be placed inexpensively on an integrated circuit, plays a role here. In a broader sense, other IT technologies such as disk drive capacity and performance have also achieved such exponential growth.

"So the number of disks for instance, in a storage area network, that you have to have spinning in order to provide, pick a number, a hundred terrabytes of storage, is decreasing all the time," said Casaccia. "That's a real and huge savings." And he directed attention to the point years down the road, when these higher capacity disks purchased today arrive at the end of their useful life. "When they're done, when they're worn out, there's less of them to recycle."

No director of engineering is going to keep his job long if he walks into the news director's office and says "hey, we've got to cut energy costs so we're going to cut your editors' access to the storage area network in half." Storage vendors are well aware of this.

The industry is always demanding higher performance, at the same price, and in the same form-factor as what we have today," said Todd Robinson, marketing product manager for video servers at Ross Video Systems in Iriquois, Ont. "So the tradeoff to that is: how do we get more performance out of a machine? How do we push the hardware to deliver as much as the customer wants, and more?"

Ed Casiccia, director of product marketing, servers & digital production at Grass Valley One move Robinson advocates is moving away from older technology like proprietary SCSI and SATA hard disk drives and on to enterprise class disk drives, "…that often derive better performance, at lower cost and at lower power consumption rates." He also pointed to variable speed fans to provide just the amount of cooling needed, rather than spend the extra energy to run fans full blast all the time.

Alun Fryer, Ross' server product manager, noted that reducing the number of boxes in the rack reduces power usage. "[As Ross Video's CEO and CTO] David Ross has thrown at me a number of times, 'the way that you're going to save money is to reduce the amount of power supplies in the system.'"

Jim Frantzreb, senior market segment manager for Broadcast at Avid points out that just updating the drives in existing storage arrays can provide the extra capacity, and thus the energy savings, of next generation hard disk drives.

But he pointed to a software strategy that also can yield substantial storage energy savings: a production asset management system. Such a system "can help manage migration of media back and forth between online storage and the archive…to track proxy workflows…and understand where you have duplicate media…what media you can delete." By storing high resolution copies of archive material on data storage tapes, "a tape sitting in a slot uses no power at all."

Harmonic's senior director, Product Line Manager Storage, said one issue that has prevented broadcasters from maximizing energy efficiency in storage is the way storage systems have traditionally been sold, which he terms the "Starbucks" approach.

"They have a small system, a medium system, and a large system, at a minimum three [different sizes]." Not only does this keep the user from maintaining exactly the right sized system, and the need to eat the unamortized cost of the smaller system being surplused, it also necessitates "the down time to transfer from one sized system to the next." He said most customers purchase larger data systems than they need, and pay the extra energy costs to keep the whole system running.

He advocates scale-out storage, where the customer has "ability to grow [his] system to extremely large amounts in terms of size and performance, without having to over-invest or replace anything [he 's] purchased in the recent past."

Rob Commins, manager of Sales Enablement at HP, echoed the incremental growth strategy in slightly different terms. He uses the example of a facility where several different departments each estimate they will eventually need 100TB of storage, but it will take several years to actually fill up. "It's like when we buy a laptop; we don't fill up the hard drive the day we turn it on."

Harris offers solid state drives as an option on its Nexio Volt servers for storage area networks.
He suggests "thin provisioning," where each department is given the amount of storage it needs at any point in time, but in very tiny pieces, 15KB perhaps. "In a large production environment, where you've got lots of users and lots of rendering going on, if you can cut the over provisioning down, you can actually buy maybe 50 percent less storage from your vendor." Logically, that would take 50 percent less energy to keep running.

So that this thin provisioning doesn't suddenly reach that "oh no" point, where you run out of storage, HP puts a "traffic cop" in the system that alerts the facility's IT people when storage on existing hardware is becoming tight, and eventually alerts HP that action needs to be taken.

One hardware change that's on all storage vendors' radar today is to move from hard disk drives to solid state drives (SSDs). Several have offered these at previous NAB Shows, though the relative expense of SSDs has made them slow sellers.

Harris Broadcast Communications has offered solid state drives as an option on its Nexio Volt servers for storage area networks. In recognition of the current high cost of SSDs, "…we've chosen to eat some of that cost in the product," said Andrew Warman, senior product marketing manager, Harris Broadcast Communications. "[The SSD equipped servers provide] almost a 30 percent energy savings over our Nexio AMP product, and north of 10 percent savings over the Volt server with hard-drives installed, with a terabyte of usable storage."

SSD-equipped servers provide faster access to larger video files. "Because you're working in memory, you don't have the issues you have in a hard drive, where you have to move the head around to locate the data," said Warman. "It means you can use more of the higher data-rate codecs, because you can get more data on and off the drives." This can reduce energy use by reducing the number of servers needed to provide sufficient I/O channels to the storage system.

Before assuming the cost of SSDs will never fall enough to be price-competitive with hard disk drives, it's well to remember that the same argument was being made that disk drive storage would never be price-competitive with videotape. The day when those two lines on the graph crossed is now quite a few years past us, and you can be sure the SSD line on that graph will eventually get there too.