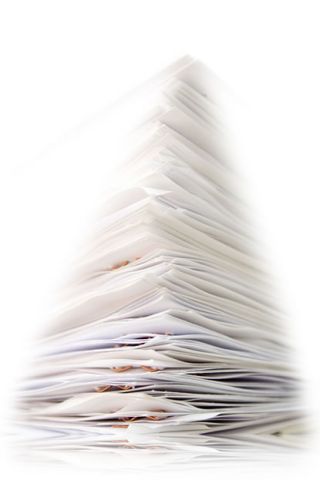 LAS VEGAS: It’s not very often that a regulator gets rousing applause at the NAB Show, but FCC Commissioner Robert McDowell pulled it off Tuesday when he said the commission had no business singling out broadcasters for political ad disclosure.

“What’s disparate… is focusing on one type of recipient out of many, many recipients of political ad dollars,” he said.

The issue is a sticking point in the commission’s proposal to require broadcasters to post their public inspection files online. Broadcasters say that as elections approach, too many inquiries come in too quickly for them to constantly enter the information in a database of the FCC’s design. They also have a problem with being redlined when no other media platforms are being subjected to the same scrutiny.

“I don’t think the commission should have any role in political advertising,” McDowell said. “We shouldn’t be in the role of regulating political ads or political speech, but I still think there’s room for compromise…. We’re all for transparency in political spending. McCain-Feingold requires that this information be kept. It is a statutory requirement. The statute requires lowest unit rate be kept by the station, but not that it needs to be put online.”

“If we want more transparency in political spending, they need to revisit the statute,” he said. “We can have transparency and be faithful to the statute, and Congress could revisit and focus on the spenders and not just one of the recipients. “

McDowell, the lone Republican on the currently three-member commission, participated in the NAB Show’s annual FCC panel along with Commissioner Mignon Clyburn. She took a more measured approach to the proposal, which is supported by her Democratic colleague, FCC Chairman Julius Genachowski. The chairman said Monday that broadcasters who opposed the measure were taking a position “against transparency.”

The comment record suggests much of the push to post the information online is coming from public-interest groups rather than members of the public. Marci Burdick, senior vice president of Schurz Communications and chair of the NAB TV board, questioned the necessity of the files. She asked how many people in the audience ran a TV station and kept a public inspection file. About 35 or so raised their hands. Only two said someone had requested access.

Chris Ornelas, chief operating officer of the NAB, moderated the panel discussion, which ranged from media ownership to requiring FM chips in smartphones. Caroline Beasley, executive vice president and chief financial officer of Beasley Broadcasting, and chair of the NAB’s radio board, said putting FM chips in smartphones made sense for safety because broadcasting typically remains available when cellular networks go down.

McDowell said it’s up to manufacturers.

“Certainly, if we can get the parties together to talk about the benefits of that, that would be fine,” he said. “But keep in mind that consumers keep demanding that these devices are smaller and thinner. For LTE alone, at least three chips are required for the current technology…. But we’d be happy to bring the parties together to find a market-driven solution.”

With regard to media ownership, broadcasters are waiting for a final ruling on co-ownership of newspapers and TV stations and how ownership caps will be determined going forward. Neither Clyburn nor McDowell were willing to speculate about the timing on a media ownership ruling, but McDowell did say he favored doing away with the newspaper-TV cross-ownership prohibition.

On the issue of spectrum incentive auctions, Clyburn said it would be “a long-term engagement.” McDowell repeated what he said when the commission appointed a task force to design the process.

“It will be the most complex spectrum auction in the history of the word,” he said. “I think it’ll take the better part of a decade… maybe six years.”

McDowell noted that the National Broadband Plan “first talked about 120 MHz, but they forgot about Canada and Mexico—oops. Then we talked about 80 MHz, and I say, ‘where.’ I’m a little less optimistic that it’ll yield as much spectrum as we may think.”

Burdick said broadcasters needed a roadmap as soon as possible, particularly for low-power stations that are not guaranteed a channel in another repacking.

“I’m sure they’re wondering about their future,” she said.