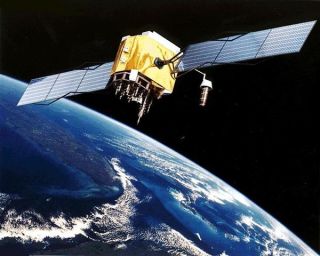 LightSquared, the now bankrupt wireless broadband venture, is seeking regulatory approval from the FCC for a plan it believes will fix interference problems with GPS technology.

In two filings, LightSquared, once a darling of the FCC for its bold broadband initiative, told the commission it will now forgo using the airwaves that triggered the GPS interference problems in the first place.

The Wall Street Journal reported that the filings come at a critical time in LightSquared’s Chapter 11 case, which was filed in May. The company is in court this week, seeking permission from the judge to extend the exclusive right to file a reorganization plan until this summer, reducing the threat of rival proposals.

LightSquared asked the FCC to modify its license application so it can use its 5MHz of spectrum that haven’t caused GPS concerns. It also sought another 5MHz that it would share with users within the federal government.

In its latest proposal, the company said it would forego using the “upper” 10MHz that have caused GPS interference concerns. It still wants the FCC to consider use of that 10MHz, but agreed to wait for and cooperate with “operating parameters and revised rules for terrestrial use of this spectrum.”

There is no timetable for a response from the FCC on LightSquared’s request.

Creditors in the bankruptcy case have been critical of LightSquared and the man who controls its equity, hedge fund manager Phillip Falcone. Those lenders have said a loan made prior to the bankruptcy filing to LightSquared favored Falcone and his firm, Harbinger Capital Partners, over other creditors.

LightSquared received conditional FCC approval in 2011 to deploy its low-cost broadband network. But earlier this year, the FCC denied approval after the National Telecommunications and Information Administration (NTIA) found the network could interfere with GPS.

Falcone and his company have spent hundreds of millions of dollars on LightSquared. Both are being sued by securities regulators for a variety of alleged violations, including misappropriation of client money, manipulating bond prices and favoritism of certain clients. Falcone has said he is innocent and will fight the charges, the Journal reported.