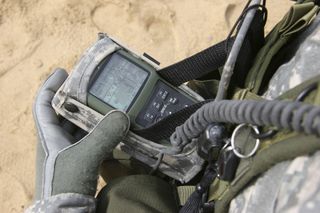 RESTON, VA.: LightSquared says it has a filter. The company today announced a deal to develop a filter system it says will eliminate interference to high-precision global positioning systems from its proposed hybrid satellite-terrestrial broadband network. LightSquared said it cut a deal with Javad GNSS Inc. of San Jose, Calif., to create the fix.

LightSquared said “the Javad GNSS system can be adapted to work with high-precision GPS devices, including those already in the agriculture, surveying, construction and defense industries. Javad GNSS has completed the design, made prototypes and tested those prototypes. Pre-production units will be released for public tests in October, followed by mass production. High-precision receivers for positioning applications are expected to go to market by November 2011 and precision timing devices by March 2012.”

LightSquared’s proposed network has met with vociferous opposition from GPS users, who range from people driving cars to those driving a military weapons systems. The terrestrial portion of LightSquared’s network was found to interfere with nearly all GPS operations in trials held early this year. The company then proposed a modified operational plan it said left only high-precision instruments at risk of interference. Unfortunately for LightSquared, those high-precision instruments are entrenched in so many military systems that a four star general recently testified that it would cost billions and possibly take 10 years or more to affect a fix.

LightSquared is nonetheless pressing ahead as planned. The company turned to Dr. Javad Ashajaee, an electrical engineer involved in developing global positioning systems since the early 1980s. Here’s Sanjiv Ahuja, chairman and CEO of LightSquared:

“I have said from the beginning that this interference issue will be resolved as soon as smart engineers like Javad Ashjaee put their minds to it. With this new system, Mr. Ashjaee makes another mark for himself as a cutting edge pioneer in the precision GPS industry, a field he has helped shape for more than 30 years.”

Ahuja was in the news last week defending his company’s honor against allegations that it was buying White House influence. The charge arose from emails obtained by the press in which LightSquared executives were seeking a meeting with Administration officials. It was reported that Ahuja made a $30,400 contribution to the Democratic party while the appeal was being made.

In the aftermath, Ahuja said it was “ludicrous to suggest LightSquared’s success depends on political connections.” He and LightSquared’s founder, Phil Falcone, have given to both parties, he said.

“It’s difficult to charge that LightSquared has undue political influence when it was denied the opportunity to testify at today’s hearing of the House Armed Service Committee’s Strategic Forces Subcommittee--or even be allowed a one-on-one meeting with the chairman of that committee prior to the hearing, as the GPS industry was given,” Ahuja said on Sept. 15, the day Gen. William Shelton testified before that committee that it would take 10 years and billions to fix LightSquared’s interference. Reports later emerged that Shelton and other witnesses were “pressured” to change their testimony to reflect more favorably on LightSquared. Rep. Darrell Issa (R-Calif.), chairman of the House Oversight and Government Reform Committee said yesterday on C-Span that the committee would investigate the allegations.

Despite the general’s skepticism, LightSquared said its fix was “a very simple and inexpensive process,” developed in a matter of days. Javad was said simply to have reconfigured the filters and linear amplifiers in existing GPS devices “to make them completely compatible with LightSquared’s bottom 10 MHz of spectrum,” where it intends to commence operations.

“This interference problem is not a difficult one to solve, once you decide to solve it. We’ve begun manufacturing pre-production models and expect to have 25 available within two weeks--we are not talking in hypotheticals here,” Ashjaee said.

“The truth is that high precision GPS users have a wide range of interference issues to contend with--from congested frequencies to intentional jamming. LightSquared made this problem much easier to solve by moving to spectrum farther away from the core GPS frequencies. As LightSquared’s spectrum neighbor, it’s our obligation to build a wall between our spectrum and LightSquared’s. My filter accomplishes that goal,” he said.

Ashjaee said the tests conducted thus far didn’t consider “GPS modernization plan that is in place. Since we have demonstrated that LightSquared can certainly coexist with the current GPS satellite signals, the coexistence will be even stronger when the new GPS satellites with modern L1C, L2C and L5 unencrypted codes are launched.”

LightSquared’s proposed network would provide 4G LTE wireless broadband service across the country, primarily on terrestrial transmitters, with satellites filling in the gaps. The network is intended to be a wholesale-only play, to be offered to consumers by LightSquared’s partners, which now exceed a dozen. The network must pass muster with the Federal Communications Commission, however, and that agency last week said it would not approve LightSquared without more testing. The commission said it would not allow LightSquared to launch until it finds that “GPS interference concerns have been satisfactorily resolved.”
~ Deborah D. McAdams