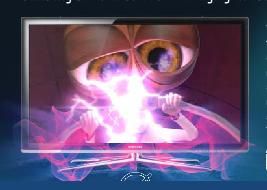 SEOUL, SOUTH KOREA: The media regulator in South Korea, home of the two top flat-panel TV makers in the world--has issued safety guidelines for watching 3DTV. The Korea Communications Commission recommends taking a 15-minute break every hour when watching 3DTV. The KCC based its recommendation on data from medical studies and advice from industry experts, Joongang Daily said.

Because 3DTV presents an illusion of depth on a 2D surface, it essentially fools the brain but overworks the eyes. Some people experience nausea, dizziness, disorientation and eye strain when watching stereoscopic TV and cinema.

The guidelines represent Koreaâ€™s first official acknowledgment of the potential deleterious effects of watching stereoscopic TV. The KCC found that a majority of folks experienced discomfort after watching just 15 minutes of 3DTV. It also recommended watching from a distance two to six times screen height, and slightly to the side.

Samsung and LG Electronics, the top two producers of HDTVs, are both based in Seoul. Samsungâ€™s Australian division issued health warnings about watching 3DTV in April.

â€śSome viewers may experience an epileptic seizure or stroke when exposed to certain flashing images or lights contained in certain television pictures or video games. If you or any of your family has a history of epilepsy or stroke, please consult with a medical specialist before using the 3D function,â€ť the warning stated. -- Deborah D. McAdams