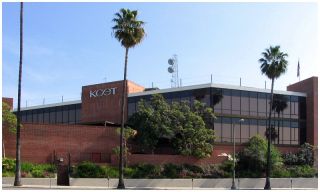 LOS ANGELES: KCET-TV received a $1 million grant as it prepares to become the largest independent TV station in the country. The move comes in the wake of its divorce with the Public Broadcasting System. KCET received $1 million from the Ahmanson Foundation in Los Angeles, where it served as the flagship PBS station for 40 years. Earlier this month, KCET announced the end of its affiliation with PBS, effective Jan. 1, 2011.

“The Ahmanson Foundation has been one of KCET’s most important and longstanding foundation supporters,” said KCET president and CEO, Al Jerome. “The foundation has provided grants for all three seasons of ‘SoCal Connected,’ and it has underwritten the local broadcast of ‘Nova’ on KCET for many years.”

The decision to take the station independent came as it faced a 40 percent increase in PBS dues, due in part to its own fundraising efforts. KCET said the dues were then “frozen at the highest rate in the station’s history just as the economy tumbled,” pitting it against three other PBS member stations serving Los Angeles.

KCET raised $50 million in programming grants in 2004, which led to the rise in its PBS dues, the Los Angeles Times reported. Dues are based in part on a station’s fund-raising efforts, thus KCET’s dues went from $4.9 million to $7 million. However, because of the nature of the $50 million programming grant, that money could not be spent on dues.