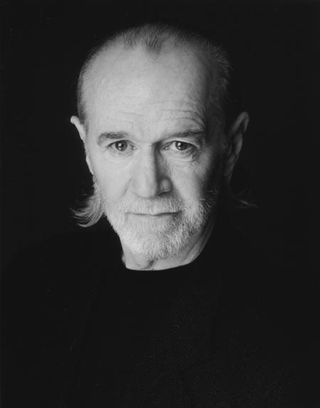 “What’s ultimately most important about this decision is not what the court did, but what it said: The Constitutional framework that has allowed broadcast censorship has been rendered obsolete by the rise of the Internet and parental empowerment tools for new and old media,” wrote Berin Szoka, a senior fellow and director of the Center for Internet Freedom at The Progress & Freedom Foundation.

The U.S Court of Appeals for the Second Circuit in Manhattan yesterday ruled the FCC’s application of indecency standards to fleeting expletives unconstitutional. The case arose from FCC censures levied against broadcasters over celebrities cursing in live broadcasts, while the same language was allowed in the film, “Saving Private Ryan.”

Szoka said the decision rejects the U.S. Supreme Court’s 1978 Pacifica decision upon which the determination of broadcast indecency rests. Pacifica involved one of the so-named network’s radio stations that carried George Carlin’s monologue, “Filthy Words” on Oct. 30, 1973. The 12-minute routine listed seven words that couldn’t be said on the public airwaves.

“Those are the ones that will curve your spine, grow hair on your hands and maybe, even bring us, God help us, peace without honor um, and a bourbon,” the late comedian cracked.The bit was recorded live in a California club and later aired on the station. A man driving with his young son heard the broadcast and filed a complaint with the FCC.

Pacifica responded that Carlin was a “a significant social satirist [who] like Twain and Sahl before him, examines the language of ordinary people. . . . Carlin is not mouthing obscenities, he is merely using words to satirize as harmless and essentially silly our attitudes towards those words.”

The FCC nonetheless found the broadcast indecent with the high court’s backing on the grounds that broadcasting was a “uniquely pervasive presence.”

Szoka said the rationale no longer holds true, and that the Second Circuit opinion reflects that.

“We face a media landscape that would have been almost unrecognizable in 1978,” Judge Rosemary Pooler wrote in the Second Circuit decision. “Cable television was still in its infancy. The Internet was a project run out of the Department of Defense with several hundred users. Not only did Youtube, Facebook,and Twitter not exist, but their founders were either still in diapers or not yet conceived. In this environment, broadcast television undoubtedly possessed a ‘uniquely pervasive presence in the lives of all Americans.’
The same cannot be said today.”

Szoka said it was “remarkable” for the lower court to challenge Pacifica when it could have resolved the case without doing so.

“The fact that the Second Circuit felt it necessary to spend nearly three pages debunking Pacifica is the clearest statement yet that it’s time for us to apply the First Amendment consistently across all media,” Szoka writes. “I only hope the FCC is brash enough to appeal--knowing it might well lose the farm, so to speak--and that the Supreme Court is brave and principled enough to say what the Second Circuit has said so beautifully: There’s no justification for treating broadcasters as second class speakers. The First Amendment should apply equally across media!”
-- Deborah D. McAdams
See...
- Szoka’s full assessment, “Pacifica is Outdated”
- The University of Missouri-Kansas City has a verbatim transcript of Carlin’s monolog, “Filthy Words.”