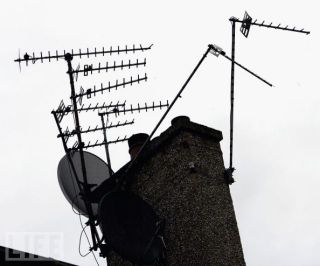 LOS ANGELES: Just how are people getting TV service--over-the-air, satellite, cable, online? Around 10 percent of U.S. households are said to rely entirely on over-the-air television, though the number may be growing.

Folks are said to be abandoning pay TV platforms in droves. SNL Kagan clocked the largest dip in the cable industry this year since 1980--741,000 basic subscribers in third quarter. Pay TV systems of all types collectively lost 119,000 customers during the third quarter of the year; 216,000 in the second--net of additions.

Others dispute the phenomenon. ESPN did some counting and said cord cutting was overblown. That people who let go of cable, telcoTV or satellite video service often retained their broadband connections and watched TV online.

Such estimates are rightly based on an analysis of numbers typically reported in Securities and Exchange filings. TVB would like to hear from Viewers Like You. We’ve prepared a simple 30-second survey that asks the basic question:

“How Do You Receive TV?”

You may further elaborate in an e-mail to Editor@TelevisionBroadcast.com.