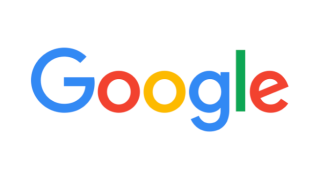 WASHINGTON—Following a meeting between the Department of Justice and a coalition of state attorney generals on June 26, reports have emerged that Google is expected to have an antitrust lawsuit filed against it in the coming months.

The focus is on Google’s dominance of the digital advertising and search markets, Politico reported.

Among the specific allegations expected to be covered in the suit is that Google has monopolized the advertising technology market, also that the company has taken steps to extend its monopoly over search through contracts with Apple and cellphone makers using the Android operating system that require Google to be the default search engine. Prosecutors are reportedly still discussing if other aspects of Google’s contracts related to search are to be included in the lawsuit.

The Politico report does note that Attorney General William Barr, who did not attend the meeting, has not made a final decision on whether to sue. Nor has the DOJ decided what kind of punishment it would seek.

“While we continue to engage with ongoing investigations, our focus is on creating free products that lower costs for small businesses and help Americans every day,” Google spokesperson Julie Tarallo McAlister said in response to the news.

“There is an obvious antitrust case to be made against Google and we have the receipts,” said Laura Bassett, former senior politics reporter at HuffPost and co-founder of Save Journalism Project in a separate press release. “While the tech behemoth makes obscene profits, news publishers and smaller competitors are faltering. With its anti competitive actions, Google is a parasite sucking life out of news outlets. It’s unilateral actions on AMP, 3PC phase out and Incognito Mode actively harm publishers. If the DOJ can’t bring Google to heel, there won’t be anybody left to write the story.”