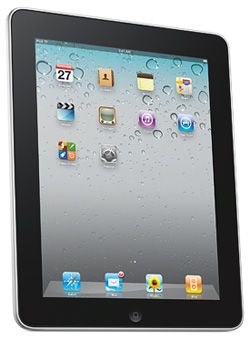 According to Einstein’s General Theory of Relativity, time slows down for something as it approaches the speed of light. So what does it mean if time seems to be going faster, as it does for me? Am I slowing down towards the speed of dark? This year has certainly flashed by at an alarming rate – like a dropout on an analogue videotape. My life, and my career in modern broadcast engineering, is a mere blip on the radar screen of eternity.

If years don’t last like they used to, then all the more effort should be made to record the significant events for posterity, lest these shrinking time units we call years disappear altogether in some kind of Einsteinian wormhole vortex black hole thingy.

So what should we record in our journals on the subject of “2010: the significant events and occur rences affecting television broadcast technologists”? Here follows my list.

Event One: 3D came to consumer TV screens. The first 3D broadcasts to 3D enabled homes were realised. And with that came a sense of déjà vu, because the same line of questioning as that which surrounded the introduction of HD is now again being heard in the corridors of the TV engineering departments. “What’s the business case for this?” is perhaps the most significant question we can single out. And any attempt to answer that question will require a complete article on its own to even begin an analysis.

Engineers don’t need an answer to the business case question in order to become engaged in deep technical studies and trials and discussions about “how to do it”. And so, much of 2010’s precious days were spent on information gathering so we can all sound at least semi intelligent when the questions about 3D start coming our way in the boardroom.
For their help in that pursuit, I’d like toe xpress my sincere thanks to SMPTE. They’ve done a wonderful job to make available valuable knowledge resources related to 3D production and distribution on the SMPTE website.

Event Two: Gigabit Ethernet came to the consumer’s living room. Well, it did for this consumer. I switched service providers after discovering by accident, due to the telecoms cupboard in my apartment building’s lift lobby being left open one day, that the other provider already had fibre connections available to every resident in my estate. A quick phone call revealed that I could not only get a fibre connection installed in my home, with a Gigabit Ethernet gateway to the Internet, but twenty channels of IPTV was bundled in as well, and all for less money than I was paying my current provider. Within days, my old ADSL modem and obsolete IPTV box were hanging in a bag outside my door like a smelly dead rat waiting for collection.

The availability of huge bandwidth into one’s home opens up the possibility for much better multimedia content to be streamed live from external sources. This is surely the way of the future. Apple knows that, and for fear that we might wander off into the Internet wilderness alone, their new Apple TV device with its iTunes back end stands out like the Las Vegas Strip in the night desert.

The bigger objection about Internet-sourced content, expressed mainly by those who resist it, is the need for a computer in the living room. The idea of using a Windows computer or even a Mac as the main entertainment gateway for a family in the living room just doesn’t seem right to many people, and they aren’t necessarily wrong about that. And therein lies the genius of the Apple TV device: it allows access to YouTube and Flickr and some other web content, as well as TV shows and movies in a kind of ‘on-demand’ manner, via the iTunes retail and subscription portal that is tried and proven and simply works. And when you don’t want to watch TV or video, the Apple TV device is a music player and a photo slideshow generator.

I don’t have Apple TV. I don’t even own a Mac, an iPhone, nor an iPad. I’ve haven’t owned an iPod either, for that matter. But I acknowledge the genius of Apple in its ability to not only solve the technical issues of delivering content to the consumer, but in making it work as a business too. That’s the holy grail of twenty first century television content delivery. Steve Jobs and his faceless team deserve whatever success they are enjoying.

Event Three: Tablet computing became a reality. Breaking new ground yet again, Apple succeeded with its launch of the iPad. The significance of the iPad to television technologists is that a viable new screen now exists as a destination for television and video content.

The targets for video content were previously limited to traditional television screens and mobile phones: the very large and the very small. Sony thought it could crack open the portable screen market with the PSP device, thanks to its screen being much larger than that on a mobile phone, but it didn’t really happen. The PSP is ubiquitous as a gaming device, but not so much as a multimedia viewing device.

Where the PSP failed, the iPhone and Android-powered phones, riding on the back of 3G mobile data networks, succeeded in cracking open a viable new window for video content. But the iPad and the soon to follow onslaught of Android powered tablet computers will open the floodgates. The tablet computer revolution will create the equivalent of what we used to call the portable TV.

Why don’t we see portable TV sets in the retail stores like we used to? It’s because in a modern world, we don’t like spending money on something that won’t be used all the time. We like devices that can be utilised with high duty cycles. And with so many other screens pre-occupying our attention – the big plasma TV screen, the iPhone screen, the iPad screen, the Blackberry screen, and so on, who has time for a single purpose box like a portable TV? A traditional portable TV will spend most of its time turned off, and it doesn’t lend itself to true portability as we now know it, and as embodied in the Apple iPad.

TV viewing is just one of the many functions we modern humans expect to enjoy from the new generation of multipurpose screen-based devices, which is why I find the most surprising omission from the iPad to be a swing out leg on the back, so the screen can be stood up on a desk like a photo frame for comfortable viewing in a hands-free mode. But that omitted stand is already included in many of the iPad cases now available as an accessory. Thanks to a simple thing like a swing-out leg, the iPad and all the other devices like it now in the pipeline will become the next generation of portable TV.

Event Four: The emerging credibility for “cloud computing” services. Ironically, this isn’t a new idea. In fact, it’s one of the oldest ideas in IT. We used to call them “computer bureaux” in the nineteen seventies. Computer users in those days had a dial-up modem, or at best, a leased line with a bandwidth ranging from 300 bits per second to 1,200 bits per second. ASCII text was the data medium, sent and received on a generic dumb terminal, the DEC VT100 becoming a de facto standard for that era. Large numbers of users shared time on a central mainframe computer or mini computer.

Now the concept is back with several orders of magnitude, more bandwidth, speed, memory, and storage. Amazon presented a very interesting technical paper during BroadcastAsia in Singapore this year, and that’s when I realized that Cloud Computing is real and viable. Amazon, Google, and Microsoft wouldn’t be competing with each other in the cloud computing service market if it wasn’t an idea whose time has come.

Especially for Internet based television delivery, called “Over The Top” (OTT) television by the telcos, cloud computing IT facilities are cheaper to establish and run and much faster to set up and expand.

Event Five: The emergence of the “file logistics” service providers. Cyber-space’s equivalent of DHL and UPS, companies like Signiant, Akamai, Aspera, Limelight, and others are poised to take over the delivery of non-live contribution content to television stations.

The era of shipping videotapes around the world will come to an end in the foreseeable future. Just as e-mails have largely replaced the handwritten letter sent by surface mail, the delivery of original programming as a couriered videotape from Hollywood to the broadcasters can’t end fast enough. But delivering the files won’t be the only requirement. Secure warehousing of the data files will be a much needed value added service, if only for the sake of backing up the TV station’s existing archive for disaster recovery purposes.

And I hope I’ll still be here to comment on it all, assuming I haven’t passed an event horizon in the time space continu… ahhhh!@!!???##*@!!... (test pattern and 1kHz tone now printed where my articles used to be.)