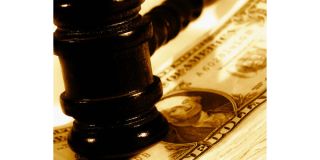 WASHINGTON: The FCC today unanimously approved a Notice of Proposed Rulemaking for auctioning off TV spectrum. The NPRM sets forth a three-part process for the auctions: An initial reverse auction by which TV stations submit a price they’ll accept to relinquish spectrum; a repacking of the remaining TV stations; and a forward auction of freed-up spectrum licenses.

The Notice also anticipates creating a band plan that allocates the reclaimed spectrum in 5 MHz blocks, with uplink starting at Ch. 51 (698 MHz, the upper end of the TV band), and extending downward toward Ch. 37 based on the amount of reclaimed spectrum. The downlink band would begin at Ch. 36 and extend downward. The repacking plan would include the establishment of 6 MHz guard bands between mobile and broadcast licensees that would be available for unlicensed devices. It would also make Ch. 37 available for unlicensed devices as well as the two channels now set aside for wireless microphones.

With regard to Ch. 37, which is now dedicated to Radio Astronomy Service and medical telemetry, the NPRM seeks comment on whether or not to relocate those operations. It also seeks feedback on how to address spectrum availability for wireless microphones, fixed broadcast auxiliary stations and low-power auxiliary stations.

The NPRM also seeks comment on how to repack TV stations without disrupting service, including “reasonable deadlines” for moving to a new channel assignment or going dark. It proposes allowing stations that are eligible for relocation reimbursement to submit their actual costs after the fact, or an estimate beforehand for an advanced payment.

Within the auction framework, the NPRM offers a fourth option for broadcasters who may want to participate—to accept more interference. The Spectrum Act laid out three scenarios—going dark, channel sharing, or moving to a VHF assignment. The NPRM seeks comment on allowing broadcasters to sell their signal protection rights.

On repacking, Congress required only that the FCC make “all reasonable efforts” to preserve TV station coverage areas. The FCC said its NRPM interprets “coverage area” to mean a station’s service area as currently defined by FCC rules, ostensibly, using the Longley-Rice method. The unnamed FCC official who introduced the NPRM at today’s open meeting said that the repacking methodology would be a crucial element in determining which reverse auction bids are accepted.

That methodology was presented in the 2010 National Broadband Plan as the Allotment Optimization Model, which FCC Chairman Julius Genachowski pledged to produce once the commission received Congressional authority to hold spectrum incentive auctions. It was never produced, and was not mentioned today beyond the unidentified official’s reference.

A Report and Order derived from today’s Notice is to be issued next year, with auctions to begin June of 2014.

All of the commissioners agreed that the process would have to be as simple and streamlined as possible, yet they emphasized that the procedure was the first of its kind. A “Broadcaster Learn” education plan was referred to during the meeting, but no details were provided.

“This is the most complex spectrum auction in world history… I think we should measure twice before making the cut,” said Commissioner Robert McDowell, who ticked off a list of items the NPRM did not take into account.

McDowell speculated that 6 MHz guard bands might be high considering advanced technologies. He asked if a 6 MHz band plan versus the 5 MHz plan proposed would make more sense. He brought up the pending interference issues involving wireless providers in the A Block of spectrum and broadcasters at Ch. 51, and asked whether it should be resolved before the auction. He also speculated about the commission being able issue an incentive auction order without further NPRMs and comments.

“We all simply do not know where the facts will lead us,” he said.

Commissioner Ajit Pai went further, saying he was disappointed that the item didn’t include “critical questions I believe we must pose.”

E.g., the way the NPRM is written, the auction may yield no net revenues, he said. Pai questioned whether the auctions should be left open as long as there are bids. He asked if how the $1.75 billion relocation reimbursement fund would affect the auction, and whether the commission should require that the estimated cost of repacking not exceed that sum as a closing condition to the auction. He also said the 6 MHz guard bands might be more than “technically reasonable” as required by statute.

“The NPRM assumes we don’t need to license the guard bands,” he said. “Would auctioning guard band spectrum raise additional revenue? Could we licensed guard bands and assign them to a band managers?”

On channel sharing, Pai said he hoped stakeholders would weigh in.

He also said he would have preferred that the NPRM addressed translators, and set a “realistic timeframe.” With a goal of starting the auctions June 2014, “when do we need to issue final rules and auction procedures?”

Commissioner Mignon Clyburn said “voluntary” was the most important word in the NPRM. She said she was pleased that it included small business credits to facilitate entry by women and minorities.

Commissioner Jessica Rosenworcel asked that “broadcasters to make a fair assessment of what this auction can offer the industry.” She said that simplicity, fairness and balance were crucial to developing the auction process.

“Fairness is essential,” she said. “This is especially true with regard to the treatment of broadcasters that do not participate in the auction. Fairness demands that we consider how to accomplish repacking by minimizing unnecessary disruption and maximizing the ability of the public to continue to receive free over-the-air television.”

“Fairness requires notice,” she said. “I would ask that the agency develop a timeline for all of its upcoming auctions.”

Rosenworcel also said no part of the process could be considered independently.

“For instance, the interference rules we consider will not only impact broadcast services, but also how much spectrum will be available for auction, which in turn will impact the revenues raised.” she said.

Chairman Julius Genachowski said when the concept of incentive auctions were first introduced in 2010 as part of the National Broadband Plan, “We heard the idea would not go anywhere. Not in this town, not at this time. We anticipate holding the world’s first incentive auction in 2014.”

The NPRM would be the first to provide contiguous spectrum for unlicensed use, Genachowski said. He said the process would hold a “firm focus on the engineering and economics,” and be “fact-based.”

Genachowski said broadcasters would “reap benefits from a more robust mobile broadband ecosystem,” and that it would help them deliver and monetize content on tablets and mobile devices.

He added, “We recognize the need for humility. We’re committed to engage with all stakeholders.”
~ Deborah D. McAdams