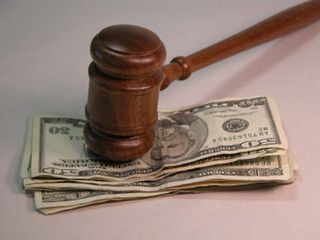 WASHINGTON: One way to free up spectrum is to shut down rogue broadcasters. Federal Communications Commission agents have been busy this month, issuing more than a quarter-of-a-million dollars in fines. A majority have targeted pirate radio operations.

So far in the month of May, the FCC has issued $258,000 in fines; $141,000 for operation of unlicensed radio transmitters. On May 5, alone, the commission fined five pirates a total of $50,000. Other violations involve failure to maintain functional Emergency Alert System equipment, inadequately maintained transmitter and tower facilities, excessive power levels and improper record-keeping.

Piracy was most prevalent in the Eastern United States. Robert Brown and Lloyd Morris of Boston were each fined $15,000 for operating an unlicensed radio transmitter at 99.7 MHz in the city’s Mattapan neighborhood. The commission’s Enforcement Bureau first issues a Notice of Apparent Liability to which the alleged violator can respond and get the fined reduced or possibly dismissed. Brown and Morris received NALs last October and failed to respond and so are now liable for $30,000.

Ricardo Millwood of the Bronx received a $20,000 NAL after repeated warnings to stop broadcasting at 88.9 MHz without a spectrum license.

Fritzner Lindor of Orange Park, Fla., was found transmitting from his home on 94.7 MHz. He told field agents he’d been in the broadcast business for 19 years and knew he was violating FCC rules. Lindor was issued a $15,000 NAL.

Judith V. Smith of Miami refused to let field agents inspect her home after they determined it to be the source of unlicensed transmissions at 95.9 MHz.

“Ms. Smith refused the agents’ request to inspect,” the FCC citation reads. “She then closed the door and left for several minutes, during which time the agents observed that the radio station on 95.9 MHz ceased operation.”

Smith’s station was identified on-air as “Gospel Reggae FM.” Field agents had previously received a Notice of Unlicensed Operation, but ignored it. The FCC consequently boosted her NAL from the base forfeiture of $17,000 to $22,000.

Jose Torres of Philadelphia was not a pirate’s pirate, but he did get popped for operating his ham radio base station on an unauthorized frequency in 2008. Torres claimed he wasn’t home at the time of the transmissions and submitted cell phone records as evidence. The FCC said the documents proved only that Torres was using his cell phone. He owes $4,000.

Among other May fines, Daniel D. Smith is on the hook to the tune of $11,5000 for not maintaining operational EAS gear, insufficient antenna inspection and maintenance and not providing public inspection file for KANR-FM in Belle, Plaine, Kan.

John F. Warmath of Humbolt, Tenn., and A Radio Co. of Vega Baja, Puerto Rico, were slapped with the largest NALs. Each is being fined $25,000. Warmath was cited for failure to fence off the antenna, maintain EAS equipment and a provide an adequate public inspection file. A Radio was popped for not fencing the antenna, not keeping up the public-inspection file and transmitting with an unauthorized antenna pattern.

Other citations include a $,7000 for an unlocked gate at a transmitter site, $5,500 for nonfunctional EAS gear, and $21,000 for not having a main studio in the community of license, among other violations. Frandsen Media received a $14,000 NAL for exceeding allowable power limits and failing to post public radiation warnings around the KGNT-FM transmitter near Smithfield, Utah. Pilot Media was fined $4,000 for not maintaining a public inspection file at WIBL-FM in Fairbury, Ill.

And finally, Mattoon Broadcasting Co., of Mattoon, Ill., received a $14,000 NAL for failing to fence off towers for WLBH-AM/FM, and failing to have staff at the main studios.

There are nine business days remaining in May.
~ Deborah D. McAdams