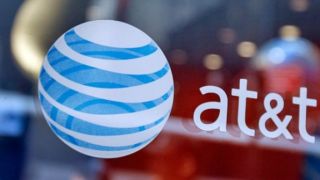 By acquiring this large amount of spectrum, AT&T has nearly all the components in place to create a nationwide 4G band for its own exclusive use. The approved licenses cover 82 percent of the U.S. population in the contiguous 48 states, and, combined with AT&T’s current extensive WCS holdings, would give the carrier control over most of the band.

There are a few other WCS holders, including Sprint. AT&T is expected to approach those operators in the near future because gaining complete control of the band is central to the company’s expansion plans. The website GigaOM reported that throughout its history WCS has been useless for mobile services due to interference issues with nearby satellite radio bands, which today are used solely by Sirius XM.

In 2012, AT&T and Sirius developed a “guard band” plan that would allow the two companies to coexist at 2.3 GHz. In that guard band, AT&T had to promise that no cellular signal could pass. The FCC approved the guard band plan in October. It was then left to AT&T to buy the remaining spectrum, including the guard bands. And that they have now done.

The Telco will receive 20 MHz of 4G bandwidth nationwide, but it will take some time before AT&T can deploy a network in the new band.

GigaOm said that the company still has to get international standards bodies to approve it, build new 2.3 GHz gear and then test that equipment. AT&T estimates that the system will be working in 2015.