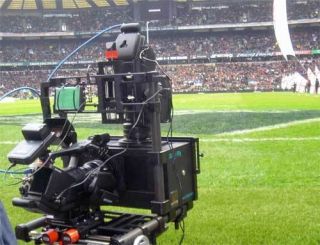 AMSTERDAM: Europe’s digital broadcasting standards body said it would complete a 3DTV specification by November, according to press reports. The DVB said it would likely follow approval of the commercial requirements for a frame-compatible 3DTV system, Broadband TV News said. A sub-group within the DVB is defining those requirements now, said its chairman David Wood.

“We believe the die has been cast on ordered and standardized broadcast and cablecast 3DTV for the frame-compatible community,” said Wood said at a press conference at IBC in Amsterdam.

This summer’s 2010 World Cup 3D video was delivered in the frame-compatible format, in which two distinct left- and -right-eye images are captured, encoded and transmitted by TV providers. Members of the European Broadcasting Union, who use the DVB transmission standards, have indicated a preference for a service-compatible 3DTV system.

The DVB’s Dr. Peter Siebert told IPTV News that a service-compatible 3DTV spec would be completed by this time next year.