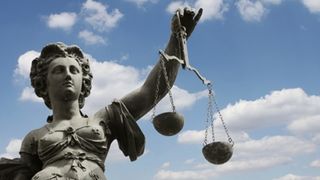 U.S. District Judge Liam O’Grady found there were no errors in procedure serving Megaupload with papers in the United States. The file-sharing company is based in Hong Kong. O’Grady, who is a judge in the U.S. District Court for the Eastern District of Virginia, however, didn’t close the door on future motions to dismiss the case.

In January, Kim Dotcom, the company’s founder, was arrested with six other Megaupload employees in New Zealand. In April, O’Grady raised questions about the proceeding upon learning that Dotcom hadn’t been served an arrest warrant and reportedly questioned whether or not the case would ever go to trial. Dotcom is fighting extradition to the United States from New Zealand.

Megaupload had told the court that because it does not have a U.S. mailing address it is outside the jurisdiction of U.S. law. But O’Grady disagreed, saying in his ruling, that no procedural problems existed in service of papers to the company.

“It is doubtful that Congress would stamp with approval a procedural rule permitting a foreign corporate defendant to intentionally violate the laws of this country, yet evade the jurisdiction of United States’ courts by purposefully failing to establish an address here,” O’Grady said in his ruling.