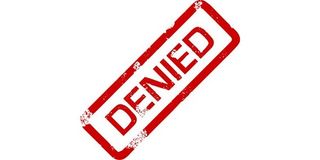 WASHINGTON: A federal court has denied a request by the broadcast TV lobby to stay a new regulation requiring TV stations to post political advertising rates online. The U.S. Court of Appeals for the D.C. Circuit today denied a petition for an emergency stay of the rule filed by the National Association of broadcasters two weeks ago. The rule goes into effect Aug. 2.

The court simply stated that the “Petitioner has not satisfied the stringent requirements for a stay pending court review.” Judges Janice Rogers Brown, Brett M. Kavanaugh and Thomas B. Griffith delivered the decision.

By law, TV stations must offer their lowest unit ad rates to qualified candidates during a set period before elections. Those transactions are then documented and kept in a station’s public inspection file—traditionally, a set of hard-copy records kept at the main studio. Public inspection files have heretofore been accessible only by physically visiting the TV station facility. The Federal Communications Commission this year ordered the files to be uploaded to a common database. Broadcasters objected, mostly because of the political ad rate disclosure.

NAB claimed in its petition that the rule would result in “irreparable harm… because it compels a television station to post the prices for specific advertisements to a public website immediately after sales.”

The FCC and other parties opposing the stay said the NAB failed to provide evidence of “irreparable harm,” because the files are already public. The FCC said the NAB did not meet the criteria for obtaining one. The court agreed.
~ Deborah D. McAdams

See…
July 12, 2012:“FCC Rejects NAB Petition to Stay Public Inspection File Rule”
“We find that the public has a strong interest in implementation of the online public file rules… because these new rules will largely eliminate the substantial expense and inconvenience to the public of traveling to the station and paying for paper copies and greatly enhance transparency in political spending in particular.”

July 10, 2012:NAB Files Motion to Stay FCC Public File Rule”
The NAB filed a lawsuit with the D.C. Court of Appeals in May, asking to have the rule vacated. It has now requested that a stay remain in effect pending the outcome of a complete judicial review.

May 24, 2012: “Broadcasters File Suit Against FCC’s Political File Rules”
Less than a month after the FCC ordered broadcasters to post political ad rates online, the National Association of Broadcasters has filed a lawsuit against the commission, opposing the new rule.