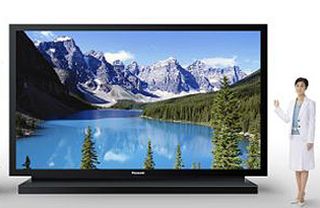 SACRAMENTO:People watching more TV on bigger screens is sucking down too much power, California’s state’s energy regulator reckons. TVs and their various peripherals consume around 10 percent of the residential electricity in the state, according to the California Energy Commission. The regulator is responding with rules that limit the energy consumption of TV sets. The CEC on Friday released Phase 1 of its 2009 Appliance Efficiency Rulemaking.

The CEC’s proposal includes energy consumption caps for on as well as standby modes; standby is currently capped at 3 watts per hour for all sizes of TV. A revision would place it at 1 watt for screens 1,400 square inches (roughly, a 58-inch) and smaller. Larger screens will be subject to a second phase of regulations.

Active mode is where the juice really goes, however. The CEC said 95 percent of TV energy is consumed when the thing is on. The proposed standard for active mode is two-tiered. As of Jan 1, 2011, TVs sold in California must consume no more than wattage equal to 20 percent of the screen area plus 32. By Jan. 1, 2013, the formula becomes wattage is limited to 12 percent of screen area times 25.

PG&E, the big utility in California, estimates there are about 35.4 million TV sets in use around the state, and about 4 million sold annually. The proposed rules are expected to save around 6,500 GWh of energy a year, around $912 million in energy bills for consumers and construction of another $615 million power plant for the State of California.

The CEC figures the standard won’t raise the price of TV sets because some newer models already meet the criteria. A public hearing on the proposal is scheduled for Oct. 13 in Sacramento, and a final vote is expected in November.

The Consumer Electronics Association opposes the proposal, calling it “harmful to California’s economy.”

“Independent studies show millions in tax revenue and thousands of jobs are at stake,” the CEA’s Doug Johnson said in a statement. “Three state legislators called for a joint legislative hearing on the economic harm of these proposed regulations, yet the CEC has ignored legislative input and released draft regulations before that hearing could take place.”

April 6, 2009: “California Considers HDTV Energy Consumption Limits”
e energy limits would be imposed with a two-tier system that would reduce consumption around 33 percent in 2011 and 49 percent on average in 2013.