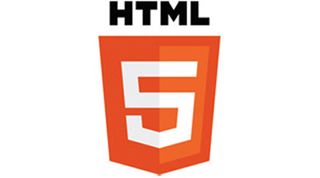 ORANGE, CONN.—In broadcast, several types of video and audio compression formats (or codecs) are widely used, including MPEG-2, H.264, JPEG2000 and others. Content that has been compressed with these codecs can be inserted into different file formats such as AAF, MXF, and GXF. These fomats have a defined structure for content and metadata that is called a "wrapper" or container format. One of the main functions of a wrapper is to allow the different elements of video, audio and data to be located within the file.

Online viewing by device, U.S., September 2011. Source: IDG Report #2308736 For Internet video, similar systems are used. Video and audio signals are compressed using codecs, and then placed into file wrappers for delivery to viewers. One difference is variety—there are more flavors of codecs and wrappers in widespread use on the Internet than are commonly employed in broadcast applications. This is due, in part, to the wider variety of video applications on the Internet, ranging from HD movie delivery to mobile phone social networking to webcam videoconferencing.

In addition, the choice of streaming format can have an impact on viewership. If codec and wrapper formats aren't chosen wisely, then potential viewers could be inconvenienced by having to download new plug-ins for their browser. In the worst case, some viewers will never watch the video if it is too much of a struggle. So choosing the right codec and wrapper is important.

FOCUS ON THE VIEWER

When evaluating codec and wrapper formats for Internet delivery, broadcasters suffer from two disadvantages. First, the sheer number of possible combinations of codec and wrapper make choosing a format difficult. Second, unlike the equipment inside their own facilities, broadcasters cannot control which browsers and plug-ins that their viewers have installed. So, the challenge becomes determining which combinations will lead to the greatest viewership (and fewest headaches) for the audience that they want to reach.

A September 2011 survey by research firm IDG indicated that 10 percent of viewers were watching online videos through their iPads and another nine percent were using their iPhones. Other mobile phones were used by eight percent of viewers, and over 30 percent of viewers reported using a network-enabled device connected to their TV. Clearly, the days of just worrying about PCs and browsers are over.

Many providers have already made their choices. When contacted for this article, one major cable broadcaster and Internet content provider reported heavy use of H.264 wrapped in MP4 for pre-recorded content. They also provide content that has been segmented to support Apple's HTTP Live Streaming format for delivery to devices located behind firewalls. For live content, this broadcaster uses MP4 wrappers and FLV wrappers for most of their delivery, with some use of HDN1 from Akamai.

Even though HTML5 is a markup language, and definitely not a codec and not really a wrapper, it is rapidly gaining traction in the Internet video market. This is due in part to the inability (or unwillingness) of some mobile device manufacturers to support traditional wrappers such as Flash or Windows Media.

"HTML5 is the future for online and mobile video," said Dale Rochon, executive director of the Advanced Advertising Forum. "Even if they aren't there quite yet, every major player is moving toward this format. This situation is very similar to the mobile phone market where all the major carriers are moving towards LTE deployment, at varying levels of build-out."

Adobe also seemed to acknowledge the growing importance of HTML5 after its recent announcement that it would cease development on its mobile Flash format. "HTML5 is now universally supported on major mobile devices, in some cases exclusively," said Danny Winokur, Adobe's Vice President and General Manager of Interactive Development, said in a November 2011 blog posting. "This makes HTML5 the best solution for creating and deploying content in the browser across mobile platforms."

He went on to say that Adobe "will no longer continue to develop Flash Player in the browser to work with new mobile device configurations." Instead, Adobe will be working with W3C (the World Wide Web Consortium) to contribute to HTML5 standards development.

WHAT SHOULD BROADCASTERS DO?

Broadcasters who haven't yet committed to a streaming video format, or those who are thinking of making a change, should consider using H.264 compression. Even though the exact compression profiles and levels used for Internet delivery may be different than those use for broadcasting, the tool sets and experience that most broadcasters already possess should help streamline their web content preparation process.

Regarding wrappers, broadcasters should consider MP4 or other formats that are compatible with HTML5. In addition, since some older browsers (such as Internet Explorer version 8 and earlier) don't natively support HTML5 video, having a second choice such as Adobe Flash available for viewers is a good insurance policy.