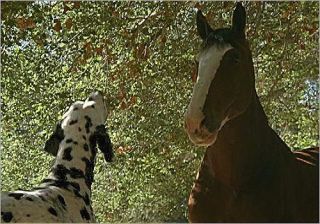 NEW YORK: Advertising, ye olde work horse of business models, is on the rebound, but a full recovery is unlikely any time soon. That’s the verdict of PricewaterhouseCoopers’ 2010-14 Global Entertainment and Media Outlook report, released today.

“Advertising revenues remain fragile in nature and spending is unlikely to return to former levels,” says PwC. “By 2014, the U.S. advertising spend is expected to still be 9 percent below its level in 2007.”

The explosion of digital devices may be pounding paper, but it will contribute greatly to the overall growth of entertainment and media, PwC says. The firm puts global E&M spending on track to reach $1.7 trillion by 2014, up from $1.3 trillion this year at a compound annual growth rate of 5 percent. The U.S. market is expected to grow at 3.8 percent CAGR, from $428 billion last year to $517 billion in 2014.

The good news for broadcasting is that it’s already digital. The bad news is that everything else digital wants its spectrum. Digital spending in the U.S. is expected to account for 26 percent of E&M spending in 2014, up from 19 percent last year. That means that nearly three-fourths of global E&M will be non-digital, but perhaps not for long.

Here’s PwC’s Ken Sharkey on how the use of digital platforms is unanticipatable: “The digital pace of change has proven to be even quicker than anticipated... There is no ‘one-size-fits-all’ approach for E&M companies.... The continued fragmentation of the E&M sector will fuel greater experimentation by both established industry giants and niche players in adopting business models that include hybrid combinations of advertising and subscription approaches.”

As with all things media and entertainment, consumer behavior will determine the direction of the market. PwC said it identified three characteristics E&M providers should monitor closely:

- Mobility. “Consumers are increasingly demanding ubiquity and the ability to consume and interact with content anywhere, anytime... By 2014, U.S. mobile Internet access subscribers are projected to increase to 96.1 million, a 40 percent CAGR from 2009.”

- Internet. “Increasingly, the consumer has moved beyond thinking of the Internet as an end in itself, and expects all forms of media to embed the convenience, immediacy and interactivity of the Internet.” Think Web-enabled TV.

- Money. “Consumers are more willing to pay for content when accompanied by convenience and flexibility in usage, personalization and a differentiated experience that cannot be created elsewhere.” Local relevance, as in that provided by TV stations, is considered an enhancement.
-- Deborah D. McAdams