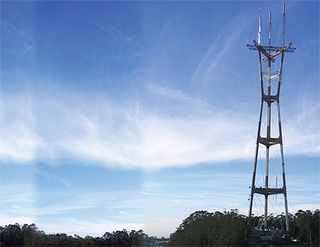 ALEXANDRIA, VA.—While it might seem the real-world deployment of ATSC Mobile DTV has been running at whatever the opposite of warp speed is, proponents are pointing to some key technical and marketing next-steps being executed this summer that could signal the end-game to several years of planning. Still, actual services are not likely to get underway now until late 2012.

Fresh data released by the Open Mobile Video Coalition this month projected 126 stations in 48 markets will have mobile signals by the end of 2011, capable of reaching about two-thirds of U.S. homes. However, apart from a few dedicated Mobile DTV devices currently on the market, most vendors will not have the smartphones, tablets or other portable devices capable of ATSC mobile reception until late 2012.

OMVC, the umbrella group that promotes the ATSC Mobile DTV service, plans to set up a facility in Washington, D.C., this fall for manufacturers to test their receivers. OMVC Executive Director Anne Schelle said device-makers can go the Mobile DTV Trust Authority—run by Neustar—to obtain the digital certificates and keys necessary for "conditional access capability."

Jay Adrick, who chairs the OMVC Forum of the group's 16 non-broadcast members, said deployment of equipment to local stations had been averaging nearly a dozen a month—although he reports a slight jump this summer.

Adrick, whose day job is vice president of broadcast technology for Harris Broadcast Communications, points out that a handful of stations—such as NBC affiliate WOWT-TV in Omaha—are already promoting some mobile TV devices (often combined with DVD players) on the home page of their Web sites.

"We've been busy getting digital-access systems operational and verified with some of the pilot receivers out there," he said. "Our crew was testing in California in [late July] and they achieved success with systems running with over-the-air key reception and decoding. We're actually sending the 'keys' over the air and doing decoding based on the received keys for the first time—which we did not do in last year's [OMVC] trial in Washington."

"The Dyle brand is mostly about saying to the consumer, 'this is Mobile TV,'" said MVC Co-General Manager Mobile Content Venture Salil Dalvi, senior vice president of mobile platform development for NBCUniversal Digital Distribution. "So the new brand is less about communicating a service, per se, and more about conveying to consumers that a particular device is capable of receiving Mobile TV."

Dalvi said while MCV has its own members, it's working in tandem with the OMVC, Mobile500 Alliance, and others in the mobile ecosystem. "We're not proprietary in any way," he said. "It's important to recognize Dyle as a catalyst to getting the industry going. And to be successful, we all have to begin creating consumer 'pull' for these services."

Fellow MVC Co-General Manager Erik Moreno, senior vice president of corporate development for Fox Networks Group, believes "ultimately we're putting together a brand new ecosystem and there's always risk involved... As we get closer to launch, in the end that ecosystem will rest with the content folks. Broadcasters and other content providers will view this as an opportunity and will jump in. That is our hope," he said.

John Lawson, executive director of the Mobile 500 Alliance, sees the Dyle branding move as "a noble effort." The alliance—with more than 400 station members apart from MCV—is now moving into an operational phase. "We're on the same page as the MCV, in that we need software-based conditional access—even if the content is free. The user needs to opt in.

"Our Mobile500 members told us they need two conditions in order to light up their mobile stations: One was creation of a business plan; and two, the availability of content rights," Lawson continued. "Our business plan calls for aggregating 30 megabits per second, per market, to broadcast 15-20 linear channels." Lawson said the alliance is moving on its plan to launch two or three national channels by the end of 2011.

Lawson acknowledges that Mobile DTV's overall implementation is not going as fast as everyone would like: "I think the investment climate has definitely affected the pace of things. I think the economy definitely hurts us right now. It's been a headwind for us," Lawson said.

OMVC Executive Committee Member Mark Aitken, vice president of Advanced Technology at the 58-station Sinclair Broadcast Group, said "people are frustrated that it's taking so long. It's taking a long time because it's not a simple matter. The ecosystem is so fragmented that you have all these virtual silos of interest—from content to transmission to reception—that a lot of folks have to be involved in, on how and what gets on-air. It gets even more complicated when you put the word 'mobile' to it."