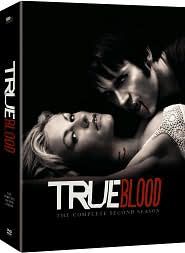 For the first time since it was issued on Blu-ray Disc nearly a month ago, "Avatar" was knocked down to runner-up by the only TV series to make the Top 10.

HBO's second season of "True Blood" came out on top, as the vampire-themed, female-skewing series outsold all other Blu-ray titles for the final week in May. "The Dark Knight," the second-best selling Blu-ray title offering on record (after leader "Avatar") continued selling well — many months after its initial winter emergence on Blu-ray.

The Top 10 Blu-ray title sales for the week ending May 30, according to Nielsen VideoScan: