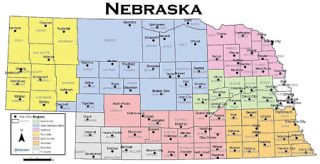 ALEXANDRIA, VA.—While some states expect to have updated EAS plans ready to launch this summer, others are waiting for more guidance from the FCC on how to develop their plans to include the introduction of Common Alerting Protocol.

The FCC in January issued a Fifth Report and Order to accommodate CAP messages into the Emergency Alert System; those rules became effective April 23. However the EAS rules will continue to be revised to reflect technology updates and newer gear at stations, among other things.

According to Radio World interviews (sister publication to TV Technology), questions linger in some states about monitoring assignments, data feeds, local EAS operational areas and mandatory carriage codes. But in states like Connecticut and Nebraska, emergency officials are proceeding with revisions despite those questions.

Most observers agree that the vast majority of states are unlikely to have new state plans in place before the FCC-imposed deadline for broadcasters to have EAS equipment compatible with CAP-formatted alerts on June 30. But that's not necessarily a problem.

Radio World has obtained a copy of a report from the FCC meant to guide states as they revise and update their plans. According to a source who declined to be identified due to the sensitive nature of discussions, the commission told some states not to rush into a new plan since "there will be changes coming and future guidance from the FCC," which could be months away.

This is the draft EAS operational plan for Nebraska. Most, if not all, local stations and cable systems in Nebraska can receive one of the 17 Local Primary One (LP-1) radio stations, FMs that normally operate 24/7. The commission did not respond to Radio World's request for more information regarding state procedures; it typically doesn't disclose such plans.

One observer said the only CAP information that may be necessary in the new state plans is the inclusion of the IPAWS server address. IPAWS is FEMA's Integrated Public Alert and Warning System, designed to improve public safety through the dissemination of emergency messages over various communications devices.

Several warning advocates reiterated that EAS is a national system that state and local emergency managers are allowed to use. The CAP requirement is a national one; no state or local CAP generating capability is required by the FCC.

However, the overall success of EAS does depend on individual state plans that promote cooperation and coordination among broadcasters, the National Weather Service, FEMA, the FCC and State Emergency Communications Committees, said a person familiar with alerting plans.

There is no absolute requirement for states to have an EAS plan; but if they do, the commission must review the document to make sure it's consistent with national EAS plans and FCC regulations, according to the FCC's Public Safety & Homeland Security Bureau. Those state plans are key in how local alerts are delivered.

The plans are written to promote preparedness and structure response. Essentially, alerting managers for each state develop their own plans to coordinate EAS activity among broadcasters, state government and public safety organizations.

Responses to Radio World's questions for this story varied; but the majority of state planners contacted indicate a sense of urgency to have federal agencies settle the remaining EAS obstacles.

"Connecticut is continuing to work on the plan. Once the rules are released we will have a minimal amount of work to finish the plan," said Wayne Mulligan, the Connecticut SECC chair.

The June 30 deadline for broadcaster CAP compliance is not necessarily the date for states to have new EAS plans ready, but many are using it as a guide, several SECC chairs told Radio World.

"As far as I know the state plan will not have to be revised by June 30, but we are going to shoot for that anyway. CAP does present some challenges and will probably be a rather large rework," said Lloyd Collins, Missouri SECC chair. "Reasons for this are the age of the current plan and that it was based on an FM relay plan that is not reliable enough."

Inside Alabama’s EAS Plan
State EAS plans vary in detail and length, often depending on the thoroughness of state and local emergency planners and how active State Emergency Communications Committees are. Many state broadcast associations also assist in such emergency communications planning.

Alabama, prone to tornados and hurricanes, is considered by some observers to be proactive when it comes to emergency planning.

Severe storms, tornadoes, straight-line winds and flooding damaged or destroyed parts of Clay, Ala. in January. Image courtesy FEMA/David Fine The state’s EAS plan, formulated in 1996 and 21 pages long, is being updated to include information from the new Part 11 revision, according to Larry Wilkins, the Alabama EAS coordinator.

Only designated officials at the state’s Emergency Operation Center and the Alabama Department of Transportation (Amber Alerts) are able to activate emergency messages, he said.

State EAS plans may be read at the website for the FCC’s Public Safety and Homeland Security Bureau.

-- Randy Stine The ultimate purpose of a state plan should be to guide participants like stations in how to connect with the EAS state system and what type of communications they should expect from the state, he said.

In Missouri, where work on a new state plan has just begun, lack of a current CAP server and complications with a new statewide alert system from Spectra-Alert, Collins said, has caused delays. The State Emergency Management Office is studying ways to correct problems or possibly replace the system.

"We will continue efforts to get a good statewide relay. For now, national alerts will be relying on monitoring PEP stations, which is difficult in some [outlying] areas," Collins said.

Meanwhile, emergency planners in Nebraska are forming a separate committee to analyze and recommend what the state should do for state CAP servers and CAP generation, said Nebraska SECC Chair Jim Skinner.

"I expect that about a year from now we will come out with a new state plan that includes state and local CAP. I doubt it will be much sooner," said Skinner. "Some states already have a CAP system but most do not. There are some drawbacks to early adopters. State emergency management in each state needs to get a vision for the value of CAP."

"No more surprise rules changes that change everything. I appreciate state's rights, but EAS is a federal mandate. We want to move on to using CAP. The trouble is making it compatible with the federal system and just as importantly with neighboring states," Skinner said.

One Midwest SECC chair says he's worried about the lack of progress his state has made on implementing CAP protocol or re-writing the state EAS plan.

"Illinois Emergency Management working with FEMA should be the driving force behind CAP and any changes to the plan in Illinois. And to date there has been nothing done," said Wayne Miller, chairman of the Illinois SECC. "I don't see the situation in Illinois changing in the near future.

"I am disappointed that no one at the federal or state level is taking the lead in developing the system. It appears they are leaving it to unpaid volunteers to develop it for them and then complain when they don't like it. [Officials] are so afraid of making a decision and being blamed."

But Adrienne Abbott, chair of the State Emergency Communications Committee for Nevada, said: "States that have active EAS SECCs are involved in the rewrites to include CAP. But there are a lot of states—maybe as many as half—where there's no active SECC and no effort to get state and local emergency managers to buy CAP equipment and software."